Yesterday we posted a video detailing the impact of Brexit on trade marks. Here’s our post looking at designs.

Brexit and IP – an overview

The UK is shortly expected to leave the European Union, which may have an effect on your Intellectual Property Rights. This article is designed to briefly set out those potential changes. END_OF_DOCUMENT_TOKEN_TO_BE_REPLACED

Brexit delayed: EU offer “If This Then That, Else” extension 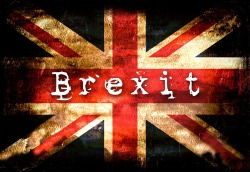 After grilling PM Theresa May for 90 minutes and then holding 8 hours of talks, the EU-27 offered to delay Brexit last night. The PM has accepted this offer which means that the No-Deal cliff edge has moved back from 29 March and Brexit has effectively been delayed slightly. This delay means that the potential impact of Brexit on EU Trade Marks (EUTMs) and Registered Community Designs (RCDs) will also be delayed. END_OF_DOCUMENT_TOKEN_TO_BE_REPLACED

Previous articles on IPcopy have briefly discussed the possibility of how a “No Deal” Brexit will affect trade marks and designs. Since the UK is fast approaching the 29 March 2019 deadline for leaving the EU without a satisfactory deal in sight, we have highlighted the UK government’s plans for trade marks and designs in the event of “No Deal” in more detail. END_OF_DOCUMENT_TOKEN_TO_BE_REPLACED

Nothing over the last few weeks has done anything to dispel the uncertainty that hangs over Brexit. Parliament emphatically rejected the proposed EU withdrawal agreement on 15 January and the last week has seen a number of proposed amendments* to the withdrawal agreement defeated. There are now only around 50 days until Brexit and the UK’s position hasn’t changed much since Article 50 was triggered nearly two years ago…. END_OF_DOCUMENT_TOKEN_TO_BE_REPLACED 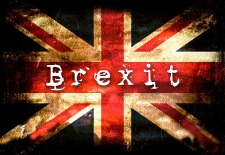 It’s probably fair to say that the Prime Minister’s meeting in Salzburg last week did not go as well as the government would have hoped. Talk has now turned to the negotiations being at an impasse and the possibility of a No-Deal Brexit becoming reality seem to have increased.

Given that we’re now all staring out over the cliff edge again it seems a fitting time to take a quick look at the UK Government’s advice notices, that were published yesterday, in respect of patents, trade marks, designs and geographical indications in the event of a No-Deal Brexit. END_OF_DOCUMENT_TOKEN_TO_BE_REPLACED

Brexit and IP: UKIPO update on Rights of Representation

The UKIPO Brexit page also has a few new things to say on the subject of the rights of UK IP professionals to represent clients before the EU Intellectual Property Office (EUIPO). It should be remembered that as a consequence of leaving the EU (and, as things stand, leaving the EEA) UK based IP professionals who can currently represent clients on EUTM and RCD matters before the EUIPO will lose their rights of representation (see more on this subject on the CITMA website). END_OF_DOCUMENT_TOKEN_TO_BE_REPLACED

By way of a brief recap readers will recall the March 2018 version of the draft Withdrawal Agreement covering the UK’s departure from the EU confirmed a number of IP related elements that had been agreed (see the sections in green between Articles 50-57) but that the registration procedure (for the conversion of EUTMs and RCDs) was still the subject of negotiations. END_OF_DOCUMENT_TOKEN_TO_BE_REPLACED

London Tech Week, the week long festival showcasing the best of tech and innovation, returns again this year between 11th and 17th June and Keltie will be taking part with the following two free events: END_OF_DOCUMENT_TOKEN_TO_BE_REPLACED

Brexit and Intellectual Property – state of play May 2018

The EU-UK draft withdrawal agreement was republished recently to show which sections have been agreed and which sections require further discussions. The agreement has been helpfully colour coded into green sections (agreed provisions, technical legal revisions only) and yellow sections (policy agreement, drafting changes required). Sections that are left white represent terms proposed by the EU where negotiations are still required.

The draft withdrawal agreement contains a provision for a transitional period (Article 121) which will run from the UK’s official exit from the EU (on 29 March 2019) until the end of 2020.

A summary of the provisions that relate to intellectual property (IP) is provided below. It is noted that the articles of the withdrawal agreement that relate to IP (Articles 50-57) contain a mixture of green and white sections. The “green” provisions that have, in principle, been agreed are: END_OF_DOCUMENT_TOKEN_TO_BE_REPLACED