With so many applications being filed, it is no surprise that some are being filed dishonestly.  In fact, brand piracy in China is a serious problem and has been for some time. The “first-to-file” trade mark system in operation there has led to trade mark squatters registering trade marks which are copies or imitations of well-known or up-and-coming brands before the rightful owner is able to do so, thus blocking the rightful owners’ ability to register or even use its mark in China.  This issue is discussed at greater length in our previous blog post here.

In recognition of this issue, the Chinese trade mark authorities recently announced a number of draft provisions aimed at tackling dishonest trade mark applications.  I have summarised some of the key proposals below: END_OF_DOCUMENT_TOKEN_TO_BE_REPLACED

Keltie was pleased to host Tian-ying Zhao and Wang Yanping from IntellecPro. They gave the Keltie Trade Mark team a very interesting seminar on trade mark protection in China. I have summarised 5 important points to bear in mind when filing trade marks in China. END_OF_DOCUMENT_TOKEN_TO_BE_REPLACED

New Balance has won a record pay-out in a Chinese trade mark case after three Chinese shoemakers were found to have infringed the brand’s trademarked slanting “N” logo.

In this rare trade mark victory, the Chinese court awarded more than 10 million yuan (£1.2m or $1.5m) to New Balance. The case is believed to be one of the largest awards ever given to a foreign company in a trade mark dispute in China.

Although small by international standards, the significant increase on previous penalties reinforces current attempts by China to crack down on the widespread problem of trade mark abuse; this is particularly in light of international pressure on Beijing to take more action on suspected intellectual property theft by Chinese companies. END_OF_DOCUMENT_TOKEN_TO_BE_REPLACED 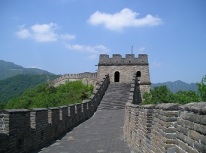 As IPcopy discussed back in 2013, Trade Mark Squatting has long been a concern of European businesses considering entering the Chinese market. Too often, European brands which have not registered their trade marks in China at the earliest possible stage, find that their trade marks are already registered to third parties without a legitimate interest in the mark by the time China features as a potential market in their business plans.

This can cause significant disruption to businesses as these earlier ‘bad faith’ applications act as bars to their own applications. Further, whilst trade mark registration is not a legal requirement to trade in China, many businesses find that their Chinese partners will actually request it as a condition to operate. The consequences of having one’s trade mark application refused in China because of an earlier bad faith application are, therefore, compounded, as walking away and trading without a registered mark may not be a viable option. END_OF_DOCUMENT_TOKEN_TO_BE_REPLACED

China joined WIPO in 1980 and only established its patent system in 1985. However, in the early 2000s China began to become a significant presence on the World IP stage and in the years following 2011 more patent applications were apparently filed in China than any other patent office around the world. More recently the UKIPO has been involved in events to reinforce the “mutual understanding of the importance of intellectual property while also strengthening economic and cultural relations between the UK and China”.

The challenges of gaining IP protection and enforcing it in China along with developments in China’s Patent Law and changes to the Trans Pacific Partnership (TPP) are to be the subject of MIP’s IP in Asia Forum which runs on 21 June in Paris and 23 June (Brexit D-Day) in London.

Sessions during the Forum include an overview of trade mark protection in China, enforcement of IP rights in China, effective IP protection in Japan, a look at South Korea’s legal IP framework, IP commercialisation and monetisation under sharing economy in China and how to deal with IP infringement in China.

Keltie is delighted to be one of the sponsors for this event and Keltie partners Sean Cummings and Joanne Hopley will be moderators at the IP commercialisation session in London and Paris respectively.

The agendas for the Forum can be found here.

Despite web browsers’ handy translate functions, it can still sometimes be hard to search for patents in other languages, particularly non-European languages which many of us won’t have a vast amount of experience with. It may have been that to get information about a Japanese patent, for example, one would have to email a Japanese attorney to source the information.

But no more! It seems some at the EPO might have been having a similar problem, and so the EPO’s Asian patent information services have put together a number of instruction guides on how to search patent databases in Japan, China, Chinese Taipei (also known as Taiwan) and Korea – without even the additional translation help of a browser. END_OF_DOCUMENT_TOKEN_TO_BE_REPLACED

Trade Mark squatting is big business in China and is becoming more and more common. The new target appears to be up and coming European brands. It would appear that as soon as a mark becomes the slightest bit known in the UK, throughout Europe or the US, the marks are being filed as trade mark applications in China by opportunistic third parties known as trade mark squatters.

It would also seem that these third parties are not just trying to reap the rewards of just one trade mark either. It is becoming more common for trade mark squatters (which are now large ‘squatting’ companies) to file hundreds of well-known or well-publicised up and coming brands belonging to foreign owners.

END_OF_DOCUMENT_TOKEN_TO_BE_REPLACED

That’s not mine! – Action checklist for marks registered by third parties in China.

If your brand has been registered in China without your authorisation or before you have even considered trade mark protection there, it can be very difficult to win the rights back, particularly if your mark has no current presence in the Chinese market.

We have put together a check list of the action that you would need to consider if you are in this difficult position.