The EUIPO has recently published a Q&A document relating to the impact of Brexit on EU trade marks (EUTMs) and registered community designs (RCDs). This document was effectively the third publication on the impact of Brexit on Intellectual Property after the EU Commission’s position paper last year and the EUIPO’s notice which was published in December 2017 (and updated in January 2018). END_OF_DOCUMENT_TOKEN_TO_BE_REPLACED 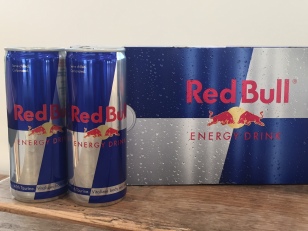 In the case of Red Bull GmbH v EUIPO, the European General Court (General Court) held that neither of Red Bull’s blue/silver colour combination trade marks were valid; this may cause concern to businesses looking to protect a combination of two colours forming part of their branding.

In 2005 and 2011, Red Bull registered two blue/silver colour combination trade marks due to having acquired distinctive character through use. However, in the years 2011 and 2013, Optimum Mark sp. z o.o. requested that both Red Bull trade marks be declared invalid. The EUIPO’s Cancellation Division granted this request, the First Board of Appeal dismissed Red Bull’s appeals and now the General Court has upheld these previous decisions.

The General Court’s decision has been seen as a blow to the chances of successfully registering ‘colour combination’ marks in light of the extensive list of requirements set out in the judgement. However, there are two underlying factors to consider in more detail: graphical representation and the description. END_OF_DOCUMENT_TOKEN_TO_BE_REPLACED

On 5th December, the European Commission issued a notice, countersigned by the EUIPO, to right-holders of, and applicants for, EU trade marks (EUTMs) and Registered Community Designs (RCDs), looking at the potential scenario in which no agreement is reached between the UK and the remaining 27 EU Member States in the Brexit negotiations.

It is expected that the UKIPO will recognise EUTMs and RCDs that were registered prior to the above cut-off date by granting protection on the UK Register. However, IPcopy recommends giving consideration to filing UK and EU trade marks and designs simultaneously, to ensure adequate protection. END_OF_DOCUMENT_TOKEN_TO_BE_REPLACED

In this post IPcopy argues that the Brexit vote represents a golden opportunity for IP rights holders outside the EU to send patent, trade mark and design work to the UK as a weakened pound makes the high quality IP services on offer in the UK more value for money than ever before. END_OF_DOCUMENT_TOKEN_TO_BE_REPLACED

This post contains a case review of T-312/15 in which the General Court discussed issues of the relevant public, comparison of marks and likelihood of confusion.

On 4 September 2012 Market Watch Franchise & Consulting, Inc. (‘MWFCI’) applied to register a EUTM for MITOCHRON in Classes 3, 5 and 35. On 8 April 2013 Glaxo Group Ltd (‘Glaxo’) opposed the Class 5 goods on the basis of Article 8(1)(b) in respect of its earlier UK registration for MIVACRON in Class 5.

The Opposition Division upheld the opposition on 17 December 2013. This decision was appealed and dismissed by the Second Board of Appeal (‘BoA’) on 20 March 2015.

MWFCI bought an action at the General Court (‘GC’) against the dismissal requesting that the GC annul the decision, reject the opposition and order EUIPO to pay costs. END_OF_DOCUMENT_TOKEN_TO_BE_REPLACED

IP in the UK after the Brexit Referendum

On 23 June 2016 the UK public voted in favour of the UK leaving the EU (commonly referred to as ‘Brexit’). If and when the UK formally starts the exit procedure, there will be at least a two-year negotiation period before the exit itself occurs. So, any changes won’t be implemented for some time yet.

Any UK national IP rights will be unaffected by Brexit. Some EU IP rights that have effect in the UK will be affected to different extents. Crucially, no IP rights will be lost as a result of Brexit, although some transitional measures are inevitable.

IPcopy takes a look at the key impact Brexit will have on IP, and what you should be considering now. END_OF_DOCUMENT_TOKEN_TO_BE_REPLACED