Exotic Creatures of the Deep – Huawei Technologies v. ZTE at the CJEU 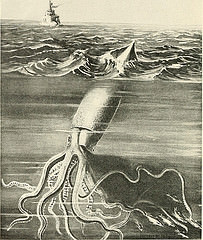 Standards Essential Patent (SEP) matters are the giant squid of the intellectual property ocean.  Enormously powerful and capable of making or disrupting the commercial plans of some of the world’s largest companies, they prowl a zone so mired in technical complexity and commercial confidentiality that their mighty struggles are largely obscured from view, despite their potential to swing hundreds of millions – even billions – of dollars from one group of companies to another.  Under these circumstances, it is not so surprising that a universally respected commenter on IP matters openly wondered what all the fuss was about after delivering an impeccable summary of the most important decision in this area for several years.  At first sight, the lack of excitement is understandable – the decision just seems to be a lot of stuff about who should do what when and looks about as thrilling as the rules for filing a tax return.  Let us, in the manner of James Cameron descending into the Challenger Deep, see if we can shed a little light on the ecosystem of the sea bed and explain why this decision might matter. END_OF_DOCUMENT_TOKEN_TO_BE_REPLACED

The CJEU prepare to hand down their decision in Huawei v. ZTT (Image via Creative Commons Licence; Author Magnus Manske)

A riddle, wrapped in a mystery, inside an enigma – Churchill may have been talking about Russia, but when I hear this phrase FRAND licensing is more likely to come to mind, and more particularly, FRAND licensing for standards essential patents (SEPs).  It must have all sounded so straightforward once – all the standards bodies agreed that you could bring your patents to the party, you would license them to all your competitors, you’d get a royalty back to compensate you for your R&D efforts, and it would all be fair, reasonable… and nice – well, technically “non-discriminatory”, but “nice” seems to get the wooliness of the intention over better – with the end result of a collection of patents all licensed to the rest of the industry under FRAND terms.  It all seemed so reasonable that an engineer at the standards meeting could concentrate on reaching the best technical solution (his or hers, obviously…) without any thought to yucky patent stuff.

Yeah, right.  It hasn’t been nice for a while – not a surprise, as a requirement to license SEPs on FRAND terms is little more than an agreement to make SEPs Someone Else’s Problem and not an issue for the standards body concerned.  Despite a good twenty years of fractious patent disputes about SEPs and FRAND licensing absorbing vast quantities of legal effort – I’ve spent many hours on the DRAM and 802.11a patent sagas alone, and I was barely on the fringes of both – many key questions, such as how FRAND license royalties should be calculated and just what a patent proprietor is entitled to do up to the point where a licensing target becomes a paid-up licensee, have nebulous answers at best. END_OF_DOCUMENT_TOKEN_TO_BE_REPLACED

IEEE 802.11 is a set of standards that cover wireless local area networking.  These standards provide the basis for wireless network products which use the Wi-Fi brand (yes, it is a brand) – most people reading this article will use such technology many times a day.  Patents have played a contentious role in the development of this standard, particularly in the successful licensing campaign carried out by the Australian national science agency CSIRO.  This campaign has attracted strong criticism – for example in this Ars Technica article – and also some robust defence, particularly from Australia in this piece from the Patentology blog.  While clearly no-one likes to be told that they are governed by trolls, hopefully tempers have now cooled, and this is all water under the bridge.