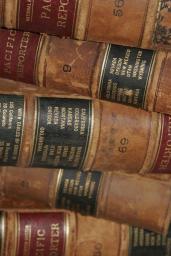 IPcopy was present for the annual patent seminar at Gowling WLG last week.

Carrying on the format from previous years, Alex Brodie opened up the proceedings with a look at UK court statistics. Gowling WLG’s case counting exercise attempts to catch as many cases as possible but Alex Brodie noted that not all cases are published or commented on and so there may potentially be some that are not included.

Having acknowledged the counting process behind the statistics it was noted that the total number of patent decisions in 2017 shows a slight fall from previous years – 62 total cases versus 79 (2016) and 75 (2015). This fall may be an example of a Brexit effect but it was highlighted that there have also been some significant cases this year and there are only so many judges to go around. END_OF_DOCUMENT_TOKEN_TO_BE_REPLACED

Elephant in the Room

Various IPCopiers were present last week for the annual patent seminar at Gowling WLG, helmed by the inimitable Gordon Harris.

Alex Brodie opened with some potentially unsettling statistics.  Although the numbers of decisions, decisions per court, number per subject matter and type of action were almost identical between 2015 and 2016, the ‘win’ (valid/infringed, valid (at least in part) and infringed) vs. loss stats differed markedly:  END_OF_DOCUMENT_TOKEN_TO_BE_REPLACED