Grace period conflict – Can the UK join the CPTPP and stay in the EPC?

Is the UK on the road to the CPTPP?

Back in June this year, the UK announced its intention to start negotiations to join the Comprehensive and Progressive Agreement for Trans-Pacific Partnership (CPTPP). For a country that is separated from continental Europe by a mere 21 miles, joining the CPTPP might raise the odd eyebrow. The purpose of this article however is to look at the possible impact that joining the CPTPP might have on the UK’s patent system.

As explained in more detail in this post on the Keltie website, the CPTPP expects signatories to the agreement to provide for a 12-month grace period for patents. The UK is also a signatory of the European Patent Convention which does not provide for a grace period of this nature. On the face of it there appears to be some conflict between the provisions of the CPTPP and the EPC. END_OF_DOCUMENT_TOKEN_TO_BE_REPLACED 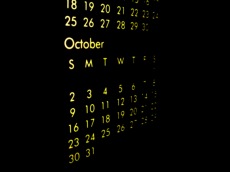 The UKIPO website has published an interesting US and UK study on the subject of grace periods.

The report notes that around 30 countries in the world have a grace period (defined in the report as “A period of time, before a patent application for an invention is filed, in which the invention could be disclosed without its novelty being lost”) but that EPC states have no meaningful grace period to speak of.

A handy table summarising available grace periods around the world can be found in Annex 3 of the following report which is referenced in the UKIPO publication. END_OF_DOCUMENT_TOKEN_TO_BE_REPLACED

Last week FOSS Patents carried an interesting article about the impact that the original iPhone Keynote presentation has had on the validity of one of Apple’s own patents. Follow up press reports (e.g.  this one) have focused on the fact that the “rubber band” patent has been invalidated on the basis of this video disclosure. However, the original article contained some points of interest with respect to grace periods in the US and Europe and the effect that the German court decision on the “rubber band” patent may have on Apple’s utility model in Germany.

Curiosity suitably piqued IPcopy took a quick look at the case. For ease of reference we also produced a handy timeline of events so you can see what happened and when.

END_OF_DOCUMENT_TOKEN_TO_BE_REPLACED

As noted in an earlier post, the unitary patent and unified patent court in Europe was a hot topic of conversation at the IP Summit in Brussels recently. However, the unitary patent package was not the only major law change discussed and on 7 December 2012 I attended an informative session on “Filing Scenarios Before and After March 16, 2013” in relation to the America Invents Act (AIA).

This session was chaired by Eric Raciti from Finnegan with Malcolm T Meeks (Infineon Technologies AG) and Prof. Herb Munsterman (IIT Chicago-Kent College of Law) on the panel. The session focused on changes to the scope of prior art under AIA and also covered changes to the US grace period and new post-grant procedures that will be available to challenge granted US patents.