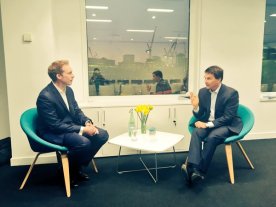 Last week, Keltie was delighted to host the 50th speaker event for the Lawyers’ Business Development Club at our offices at No. 1 London Bridge in London. The guest for this event was Bjarne P. Tellmann, Senior Vice President and General Counsel of Pearson Plc, who joined Colin Carroll, the founder of the LBDC, for a fireside chat about his career path and “Leading Legal Teams in an Age of Innovation and Divergence”.

Colin and Bjarne opened with the revelation that they both hold belts at karate (Bjarne is a black belt (“though it’s been a few years…”) and Colin is a brown belt) and Colin asked Bjarne what lessons he had been able to take from the discipline. Bjarne noted that in karate you need to be able to keep cool, remember to breathe and just react. It’s important to focus on the moment and learn not to underestimate any opponent, all of which are lessons that he’s taken away into life in general. The other take away from the world of karate is that attaining a black belt is just the start, you never really attain mastery and there’s always something else to learn and experience. END_OF_DOCUMENT_TOKEN_TO_BE_REPLACED 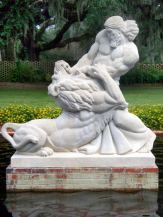 We were glad to be joined at the Keltie offices on the 30th of September by the Lawyers’ Business Development Club, for an early morning talk from Ronan Dunne, CEO of Telefónica UK Limited.

Before attending the event, Ronan tweeted a question to be posed to the audience, which also acted as a theme for his talk on his personal career journey: Lawyers – Game Changers or Lion Tamers? END_OF_DOCUMENT_TOKEN_TO_BE_REPLACED

A Lawyer at Man Utd: Patrick Stewart on His Career in Football 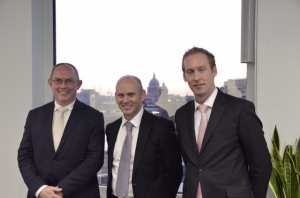 On Tuesday night Keltie hosted and sponsored a presentation by Patrick Stewart, Director of Legal & Business Affairs at Manchester United. The event was organised by LBDC (‘Lawyers Business Development Club’) and brilliantly introduced by LBDC’s CEO Colin Carroll and Keltie Partner, Sean Cummings. We had a full house and were sorry that several interested people could not get a place. However, for those who could not attend and as a memo for those who could, here is a brief account of the talk, that leaves out the witty anecdotes (sorry, I know it’s those you are after, but I don’t think it’s fair to publish them on a blog). END_OF_DOCUMENT_TOKEN_TO_BE_REPLACED