IPcopy understands that the EPO’s pilot project for oral proceedings by videoconference before opposition divisions is to receive an upgrade from 14th September 2020 to allow multi party hearings and interpreters.

As of 14 January 2019, there have been important amendments to trade mark law in the UK. We have highlighted some of the key changes below. END_OF_DOCUMENT_TOKEN_TO_BE_REPLACED

On 10 May 2010, Modern Industrial & Trading Investment Co. Ltd (“Mitico”) filed a CTM application for the food and drink classes, 29, 30 and 32, which included “cola flavoured aerated waters”.

On 14 October, Coca-Cola Company (“Coca Cola”) filed an opposition against the application based on four of its earlier figurative CTMs; END_OF_DOCUMENT_TOKEN_TO_BE_REPLACED

“Can I tell how many times a company (as a patent proprietor) has been opposed in EPO Opposition proceedings?”

This was the question that ipcopykaya and I considered late last Friday. Although the use of Google Patents was suggested we wondered whether the European Patent Register would provide us with the capability to search a particular Applicant and filter the results by opposed cases.

The EP Patents Register Advanced Search Menu is shown below. As indicated in the figure, it is possible to search for instances of a particular individual or company as Opponent. END_OF_DOCUMENT_TOKEN_TO_BE_REPLACED

Amazon’s “Gift order” patent: The EPO Looks a gift patent in the mouth 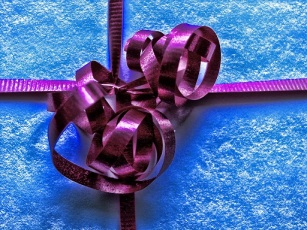 It has been several weeks since we’ve seen a good bout in the Apple vs Samsung patent war. Fortunately, this cavernous gap in our lives has been filled, at least for a little while, by Amazon’s escapades before the EPO’s Opposition Division this week.

The case is a long one (If you’ve a lot of time to spare, you can check out the EPO register entry here), so IPcopy is here to give you a whistle-stop tour.