The European Commission’s science and knowledge service, the Joint Research Centre (JRC) carries out research with the aim of providing independent scientific advice and support to EU policies. The JRC has released a Science for Policy Report that looks at “Patent Assertion Entities in Europe”. END_OF_DOCUMENT_TOKEN_TO_BE_REPLACED 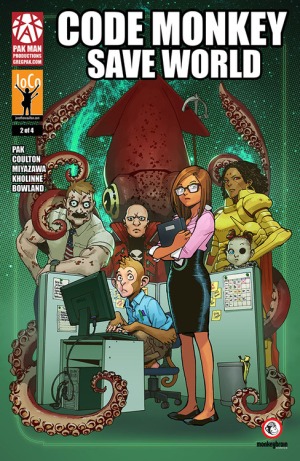 The Kickstarter-funded graphic novel series, Code Monkey Save World by Greg Pak, tells the story of the eponymous coding monkey, Charles, as he teams up with a lovelorn super-villain (somewhat reminiscent of Dr Horrible in Joss Whedon’s Dr Horrible’s Sing-Along Blog), following the enslavement of Charles’s human co-workers (including his office crush) by Robo-Queen Laura.

The second instalment of the series published earlier this month and features the origin story of the super-villain, Skullcrusher. As they wait for the computer systems in Skullcrusher’s lair to reboot, Skullcrusher explains to Charles that he found his “true talents really revolve around patent law”.

END_OF_DOCUMENT_TOKEN_TO_BE_REPLACED

If you Google (other search engines are available!) the terms “patent troll” and “$29 billion” you’ll find a multitude of articles stating that patent trolls curb innovation and cost the U.S. $29 billion in 2011. You might be forgiven for concluding that there’s a big problem. You’d be right, though not for the reasons you might expect.

END_OF_DOCUMENT_TOKEN_TO_BE_REPLACED

The Bridge Inspection Authority – the FTC and “Patent Trolls” 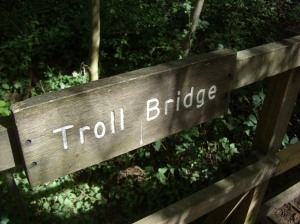 Everyone in the intellectual property community will be aware that the debate over the activity of “patent trolls” has lasted years, and has always contained plenty of heat and not a lot of light. The heat shows no sign of diminishing, as journalists realise that there’s an easy story to file in a day trip to Tyler or Beaumont to look at a corridor of brass plated doors with no-one behind them – but there are at least some attempts to shine a light under the bridge to see what these trolls really look like. The latest of these is the recently announced proposal for a collection of information by the Federal Trade Commission (the FTC).

There has been little unanimity on what a patent troll is – except than that no definition ever covers the commercial activity of whoever is making the definition. It has even been difficult to find a neutral generic term for such behaviour. We used to use NPE (“Non Practising Entity”), to distinguish patent owners only interested in licensing from patent holders who used patents to support their own commercial activity in selling products and services. This term fell out of use when it was appreciated that one class of NPEs is long established, generally respected, and considered by most to be behaving in an acceptable way with its stock of intellectual property – such NPEs are often known as “universities”.