Are You Protecting Your Most Valuable Assets? An Introduction to Intellectual Property 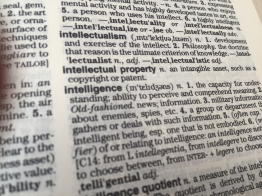 Over the next couple of weeks, IPcopy will be republishing some general introduction to IP articles that we prepared to present some topics, facts and issues from the area of intellectual property law for people who have had little or no contact with intellectual property. The articles are designed as (brief) primers to highlight some particular elements of the subject area.

Intellectual property (IP) can sometimes be overlooked. Intellectual assets are not tangible and, as such, can be difficult to value. Often, they are not taken into consideration properly when assessing the worth of a business. However, these assets can be the most important to a business, contributing significantly to its goodwill and reputation, and need to be protected properly. END_OF_DOCUMENT_TOKEN_TO_BE_REPLACED

Today we have a guest post from David Knight of Field Fisher Waterhouse LLP on the Shanks v Unilever case and the issue of employee compensation. This article first appeared on the SnIPpets IP blog and is reproduced here with the permission of the author.

Three years have passed since we reported on the appeal on an interim point in the case of Shanks v Unilever, a case relating to Professor Shanks’ (a former employee of Unilever) right to compensation as an inventor of patents of outstanding benefit.  (The patents related to a capillary action measuring device which has now found large scale use in home diagnostic kits for diabetes.)

Amazingly the case continues to rumble on, and the High Court (Arnold J) has recently issued a Judgment on appeal from the UK Intellectual Property Office (UKIPO) on the substantive part of the case.

By way of reminder, section 41 of the UK Patents Act provides that an employee inventor may be entitled to compensation if two conditions are satisfied:

Once these requirements are fulfilled the employee should receive such a fair share of the benefit the employer has derived, or may be expected to derive from the patent or the invention.

The case was brought in the UKIPO which, together with the courts, has jurisdiction to hear cases relating to employee compensation.  After a marathon nine day hearing at the UKIPO, including three expert witnesses, the Hearing Officer decided that:-

Professor Shanks appealed the second and third point above; Unilever appealed against the first and third point.  Many issues were thrown up by the parties in support of their respective appeals; we comment below on those that are more likely to have general relevance in other employee compensation cases. END_OF_DOCUMENT_TOKEN_TO_BE_REPLACED

As of 1 January 2014, the European Patent Office will no longer accept hand-written amendments in documents replacing parts of the European patent application.   The notice concerning this change is here.

END_OF_DOCUMENT_TOKEN_TO_BE_REPLACED

Kim Dotcom and the Two-Factor Authentication patent: Inventor or not?

Twitter has finally got itself two-factor authentication in a bid to help stem the flow of account hacking. Following Twitter’s announcement, Kim Schmitz (better known as Kim Dotcom), the man behind Megaupload (you know, that file sharing site in a spot of hot water over in the US right now), made an announcement of his own: he, in fact, was the inventor of two-factor authentication, and holds a patent for it.

So is this true? IPCopy delves into the public records…

END_OF_DOCUMENT_TOKEN_TO_BE_REPLACED

I feel the need, the need for speed – accelerated prosecution in the UK 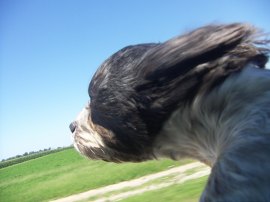 Four years on from the launch of the lean, mean, Green Channel patent machine, will this process for accelerating UK patent prosecution still have any worth should the new Superfast patent processing service be launched?

END_OF_DOCUMENT_TOKEN_TO_BE_REPLACED

Amazon’s “Gift order” patent: The EPO Looks a gift patent in the mouth

It has been several weeks since we’ve seen a good bout in the Apple vs Samsung patent war. Fortunately, this cavernous gap in our lives has been filled, at least for a little while, by Amazon’s escapades before the EPO’s Opposition Division this week.

The case is a long one (If you’ve a lot of time to spare, you can check out the EPO register entry here), so IPcopy is here to give you a whistle-stop tour.

END_OF_DOCUMENT_TOKEN_TO_BE_REPLACED

I say old chap. You haven’t seen my sonic screwdriver, have you?

Does The Doctor know his IP from his elbow?

Incidentally, just in case you’re wondering, there is an (admittedly tenuous) intellectual property (IP) connection to this story!

In the episode in question, Silence in the Library (trailer below), the Doctor and Donna are summoned to a planet sized library, The Library, via a message received on the Doctor’s psychic paper where they encounter a team of explorers led by Professor Song and funded by Mr Lux. The Doctor and Donna are encouraged to sign non-disclosure agreements upon encountering the team in order to ensure that their “individual experiences inside the Library are the intellectual property of the Felman Lux Corporation.”

It turns out that The Library has been deserted for 100 years following some kind of incident in which all the occupants of the Library disappeared. When things predictably start to go south the Doctor gets annoyed with Lux and declares “Mr Lux, right now, you’re in more danger than you’ve ever been in your whole life. And you’re protecting a patent?”

Just what does the Doctor mean by his reference to “protecting a patent”? Does it make sense from an IP context? Is it an IP hit or miss? And, am I over-thinking my Saturday night telly?