When sharing your trade secrets with others, just remember that NDAs are like confetti

No longer the neglected step-child of IP:

Trade secrets have been the neglected step-child of IP but that situation is fast changing. There are various forces at play helping to increase the importance of trade secrets.

Firstly, the law is changing.

Changes in the eligibility requirements and enforcement mechanisms of patent laws around the world, but especially those in the US – and especially as they relate to software and business methods, make trade secrets an attractive mechanism to protect a company’s competitive advantages. END_OF_DOCUMENT_TOKEN_TO_BE_REPLACED

Brexit through the Lens of IP Law 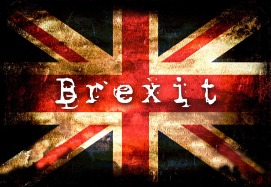 According to the Government’s White Paper on exiting the EU, the 65 million people of the UK are now willing the Government to make the negotiations happen (see PM’s Foreword, paragraph 4). I must have missed my reprogramming session as I’m still waiting for reality to snap back to normal….

However, even if we are now all on board the Brexit Bus, next stop the cliff edge followed swiftly by the foot of the cliff, it’s still good to see a well researched article on the impacts of Brexit on the IP sphere. The world has, of course, been awash with Brexit News Bulletins ever since the result came in but the latest addition,  The Legal Consequences of Brexit through the Lens of IP Law, comes with a sterling pedigree, namely Richard Arnold (a judge at the High Court), Lionel Bentley (University of Cambridge), Graeme Dinwoodie (University of Oxford) and Estelle Derclaye (University of Nottingham). END_OF_DOCUMENT_TOKEN_TO_BE_REPLACED

Photo by clarita at Morguefile.com

IPcopy happened upon this slide pack on LinkedIn from Deloitte relating to cyberattackers and IP (Valuing and guarding prized business assets). The slides capture the poll responses of nearly 3000 professionals from the banking, tech, investment management, travel, insurance and retail sectors.

Over 10% of the participants reported a cyber theft within the last 12 months with employees regarded as the most likely group to attempt such a cyber theft (c. 20% of the vote). IPcopy noted with a slightly raised eyebrow that “nation states” attracted 10% of the “potential adversary” vote, though given the suggestions that the recent US election was hacked by a nation state, perhaps we shouldn’t be surprise….  END_OF_DOCUMENT_TOKEN_TO_BE_REPLACED

Trade secrets were the subject of one of the sessions at the recent Mischon de Reya “Patents: A Year in Review” seminar where Martyne Hann took the audience on a whistlestop tour of trade secrets, including recent developments in the US and Europe, and the interplay between patents and trade marks. END_OF_DOCUMENT_TOKEN_TO_BE_REPLACED

A trade secret is a formula, practice, process, design, instrument, pattern, commercial method, or compilation of information which is not generally known or reasonably ascertainable by others, and by which a business can obtain an economic advantage over competitors or customers. The scope of trade secrets is virtually unlimited. END_OF_DOCUMENT_TOKEN_TO_BE_REPLACED