So Long, and Thanks for All the Fish: the UK withdraws from the Unitary Patent project

On 20 July 2020 the UK made a statement in Parliament that it had withdrawn its ratification of the Agreement on a Unified Patent Court. As noted on the Unified Patent Court website the UK also deposited a withdrawal notification with the Council Secretariat. The UPC Preparatory Committee has stated it will now discuss the consequences of the UK withdrawal and agree a way forward.

Given the UK Government’s view of the CJEU, the statement doesn’t come as a huge surprise though it will presumably be a disappointment for those UPC supporters who were holding out hope that the UK and the other participants would work out some way for the UK to stay in the system.

The UK’s withdrawal from the UPC is, of course, not the only issue to hit the unified patent court project this year as the German Constitutional Court found that the German ratification legislation was unconstitutional.

What comes next for the unitary patent project is unclear. While the system still has its supporters who continue to say that the system could go live as early as [Readers should insert today’s date plus 6-12 months] there are a number of matters that are unclear, namely:

The UK announcement is the latest in a line of setbacks for the system. IPcopy remembers the pan-European Intellectual Property Summit way back in December 2012 where the keynote speech suggested that all the stops would be pulled out in order to allow the first unitary patent to be granted in Spring 2014(!) and yet here we are, some 6 years beyond that point, with no real end in sight for the ratification process.

The unitary patent project and the Unified Patent Court have been limping along in recent years ever since the result of the UK referendum on EU membership and the filing of the German constitutional court challenge against the UPC legislation.

This blog has been less than positive (1, 2) about the prospect of either the UK staying in the system or even the outlook for the project as a whole and yesterday it became clear that, contrary to previous slightly more positive murmurings from the UK Government, the UK has now decided it will not be moving forward in the Unified Patent Court system. Despite the lack of an official announcement the news seemed to pop up online and in IPcopy’s messages from a number of different sources yesterday and IAM Magazine later reported that the Prime Minister’s Office confirmed that the UK would not be participating in the UPC system. END_OF_DOCUMENT_TOKEN_TO_BE_REPLACED

Has Brexit scuppered the UPC?

The unitary patent system is aiming to create a European patent registration and litigation system. To bring the whole system into being, 13 EU member states, including France, Germany and the UK, need to ratify the UPC agreement and currently 16 member states (including France, the UK but crucially not Germany) have done so.

For some time, the unitary patent project has been stalled because an ongoing legal challenge in Germany has prevented Germany’s ratification process from being completed. In addition to this, the fallout from the UK’s Brexit vote has also cast a sense of uncertainty over the planned system because the unitary patent system is only, in its current form, open to EU member states to join. The UK’s expected departure from the EU therefore casts some doubt on whether the system will even take place.

In the face of the above two challenges however the UPC Preparatory Committee has continued to make technical and operational preparations in anticipation of a positive result from the German Constitutional Court.

Recently however the German Federal Ministry of Justice made a statement to the German Parliament indicating that an examination of the UK’s exit from the EU on the proposed unitary patent system will need to take place before ratification can occur. END_OF_DOCUMENT_TOKEN_TO_BE_REPLACED

The CIPA UP/UPC seminar series continued recently with “A practical perspective of the UP/UPC (from an in house perspective)” from Maja Schmitt, Head of Global Administration at DSM.

Maja presented a slightly different perspective on the unitary patent system and rather than focussing on the unitary patent/unified patent court rules or the intricacies of using the UPC’s case management system, Maja looked at the challenges of mobilising an in-house team into being ready for a system that could move from a state of “nearly ready” to “live” within the space of 6-8 months. END_OF_DOCUMENT_TOKEN_TO_BE_REPLACED

As well as all of the above and in amongst the usual chaos of knife edge votes in the Commons and a former Cabinet Minister asking for a second Referendum (surely if that happens we need best of three?), the UK Government published its White Paper on “The Future Relationship Between the United Kingdom and the European Union”. The White Paper mentions a little bit about IP so let’s dive in. END_OF_DOCUMENT_TOKEN_TO_BE_REPLACED

We won’t cover the basics of the unitary patent system again here and readers wanting a quick recap of the system are invited to check out IPcopy’s report on the first CIPA seminar on this subject which can be found here. END_OF_DOCUMENT_TOKEN_TO_BE_REPLACED

However, IPcopy suggests that it is still too soon to be able to say if and when the system will come into force. END_OF_DOCUMENT_TOKEN_TO_BE_REPLACED

According to the website of the Council of the European Union (and just about every other official IP channel), the UK deposited its instrument of ratification (on 26 April 2018) to become the 16th country to complete its ratification formalities. The UK joins Latvia, Lithuania, Estonia, Italy, the Netherlands, Bulgaria, Finland, Portugal, Luxembourg, Malta, Denmark, Belgium, Sweden, France and Austria as one of the sixteen countries who have completed their ratification processes.

There are now enough countries to have ratified the unified patent court agreement that the system will come into effect if Germany completes its own ratification procedures and sufficient approvals to the PPA are obtained.

UPC Update February 2018: UK and DE progress and the future of the UPC

The UK has now completed all its legislative steps with respect to the UPC Agreement and UPC’s Protocol on Privileges and Immunities and is in a position to ratify the UPC Agreement. However, the potential timescale of the constitutional court challenge in Germany and the remaining ratification/implementation period means, in IPcopy’s view, that the UPC system will not come into force, at least in its current configuration. END_OF_DOCUMENT_TOKEN_TO_BE_REPLACED 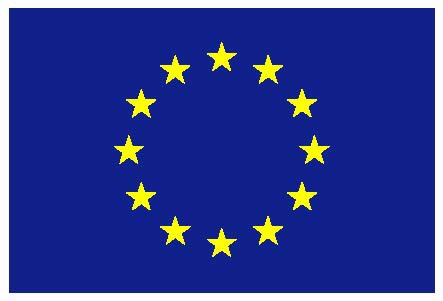 According to the website of the Council of the European Union, Latvia has now deposited its instrument of ratification (on 11 January 2018) to become the 15th country to complete its ratification formalities. Latvia joins Lithuania, Estonia, Italy, the Netherlands, Bulgaria, Finland, Portugal, Luxembourg, Malta, Denmark, Belgium, Sweden, France and Austria as one of the fifteen countries who have completed their ratification processes.