On Monday we posted an update on the progress of the two actions before the CJEU from Spain in respect of the Unitary Patent Package (short summary: the Advocate General’s decision has been delayed). We subsequently received a notice from Dr Ingve Stjerna relating to his latest paper on the unitary patent (Regular readers will be aware that Dr Stjerna has written a number of articles on the unitary patent system which can be accessed here). END_OF_DOCUMENT_TOKEN_TO_BE_REPLACED

As has been widely covered, Spain is challenging the Unitary Patent Package via two actions at the CJEU ( C-146/13 and C-147/13 against the European Parliament and the European Council). In what has been a relatively quiet few months for news relating to the unitary patent and the unified patent court, IPcopy was looking forward to 21 October 2014 which was when the Advocate General was expected to publish the AG’s opinion on the two Spanish actions.

However, the IPO’s monthly newsletter IP Connect is now reporting that publication of the AG’s opinion will not take place in October and no revised date has been given (see page 5 of the October IP Connect). What does this mean? Perhaps the AG is just busy but maybe there are issues with the opinion and its potential impact on the Unitary Patent Package or perhaps the EPO’s role in the system. We’ll keep an eye out for further news on this issue but if anyone knows more please feel free to chime in below in the comments section. 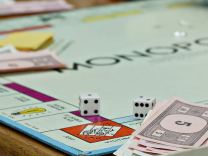 This is the latest decision by the Court of Justice of the European Union (“CJEU”) in respect of Case T-404/10 National Lottery Commission v OHIM – Mediatek Italia and De Gregorio.

END_OF_DOCUMENT_TOKEN_TO_BE_REPLACED

As reported here previously, Spain is challenging both of the regulations that create the unitary patent. The CJEU heard the action brought by Spain on 1 July 2014 and a report of the hearing has popped up on an Allen & Overy eAlert (Luisa Deas from A&O was at the CJEU hearing).

The full report from Allen & Overy can be found here but a few notable points are highlighted below. END_OF_DOCUMENT_TOKEN_TO_BE_REPLACED

Dr Ingve Björn Stjerna is a German attorney operating in the area of patent litigation. Ingve has been following the progress of the unitary patent system with a keen eye and may be familiar to readers as the author of the articles: “Law-making in camera, article on the doubtful understanding of transparency and democracy in the legislative process for the “unitary patent” package” and the optimistically titled “The “sub-sub-suboptimal compromise” of the EU Parliament, article on the Special Meeting of the Legal Affairs Committee on 19 November 2012”.

Ingve has recently dropped IPcopy a couple of notes to highlight a couple of new entries on his website. END_OF_DOCUMENT_TOKEN_TO_BE_REPLACED

The Court of Justice of the European Union (CJEU) yesterday handed down its much anticipated Meltwater  decision (Case C-360/13 Public Relations Consultants Association v Newspaper Licensing Agency and Others).

The CJEU ruling follows a referral from the UK’s Supreme Court and related to whether cached copies and on-screen copies of websites that are generated in the course of browsing may be made without the authorisation of copyright holders. Here at IPcopy we’ve taken some time to look over the decision to bring you our in-depth review. END_OF_DOCUMENT_TOKEN_TO_BE_REPLACED

The CJEU prepare to hand down their decision in Huawei v. ZTT (Image via Creative Commons Licence; Author Magnus Manske)

A riddle, wrapped in a mystery, inside an enigma – Churchill may have been talking about Russia, but when I hear this phrase FRAND licensing is more likely to come to mind, and more particularly, FRAND licensing for standards essential patents (SEPs).  It must have all sounded so straightforward once – all the standards bodies agreed that you could bring your patents to the party, you would license them to all your competitors, you’d get a royalty back to compensate you for your R&D efforts, and it would all be fair, reasonable… and nice – well, technically “non-discriminatory”, but “nice” seems to get the wooliness of the intention over better – with the end result of a collection of patents all licensed to the rest of the industry under FRAND terms.  It all seemed so reasonable that an engineer at the standards meeting could concentrate on reaching the best technical solution (his or hers, obviously…) without any thought to yucky patent stuff.

Yeah, right.  It hasn’t been nice for a while – not a surprise, as a requirement to license SEPs on FRAND terms is little more than an agreement to make SEPs Someone Else’s Problem and not an issue for the standards body concerned.  Despite a good twenty years of fractious patent disputes about SEPs and FRAND licensing absorbing vast quantities of legal effort – I’ve spent many hours on the DRAM and 802.11a patent sagas alone, and I was barely on the fringes of both – many key questions, such as how FRAND license royalties should be calculated and just what a patent proprietor is entitled to do up to the point where a licensing target becomes a paid-up licensee, have nebulous answers at best. END_OF_DOCUMENT_TOKEN_TO_BE_REPLACED

Have A Break, Have A KitKat waiting for clarification from CJEU on three-dimensional mark 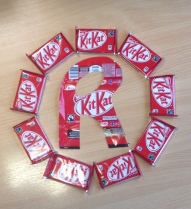 Nestlé applied to register its famous four-fingered Kit Kat bar as a three-dimensional registered trade mark. Cadbury opposed the application. On 20 June 2013, a decision by the UKIPO refused Nestlé’s trade mark application in class 30 for chocolate and various chocolate confectionery products but allowed the application in relation to cakes and pastries. Justice Arnold largely agreed with the hearing officer’s reasoning that the three-dimensional shape should not be registered because it lacked distinctiveness and had not acquired distinctiveness, and that the shape was necessary to achieve a technical result. However, he referred some interesting questions to the CJEU that could result in a significant change in the way in which we approach shape marks.      END_OF_DOCUMENT_TOKEN_TO_BE_REPLACED

The Court of Justice of the European Union (herein after “CJEU”) has issued its judgment in Case C-252/12, Specsavers International Healthcare Limited and Others v Asda Stores Limited and the UKIPO has issued Tribunal Practice Notice 1/2014.

The Court of Appeal (England & Wales) (Civil Division) had stayed proceedings and referred five questions to the CJEU for a preliminary ruling as they felt that Article 9(1)(b) and (c) of Regulation No 207/2009 needed further clarification where a mark registered in black and white had been used extensively in colour. In particular, questions 4 and 5 asked: END_OF_DOCUMENT_TOKEN_TO_BE_REPLACED

A new ingredient in Chocolate: The Trade Mark

In the post below IPcopy takes a quick look at some recent decisions in the world of chocolate and other types of confectionary on the topic of colour and 3D trade marks. The overview highlights some trends in EU jurisprudence on the distinctiveness requirement for the registrability and enforceability of such marks. Get ready to read about chocolate bunnies, jelly bears and many more.