In the last couple of weeks, in the context of the UK’s patent box tax regime, this ipcopywriter has twice heard mention of a Panorama programme that discussed the patent box. In both cases the opinion expressed of Auntie Beeb’s current affairs show was as low as a World Champion limbo dancer.

So what was wrong with the programme? IPcopy decided to investigate.

END_OF_DOCUMENT_TOKEN_TO_BE_REPLACED 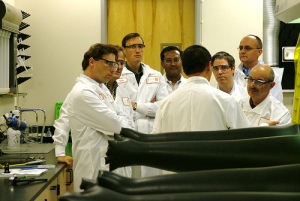 A group of boffins try to get their heads around the UK’s R&D tax credit system. Image from Flickr (Steve Jurvetson/jurvetson)

A report in Business Matters suggests that around 40% of companies that might be eligible for R&D tax credits do not apply for them. This supposedly equates to an average refund of £35,000 per year (tax free) that is not being claimed. In this article IPcopy takes a brief look at the subject and asks what are R&D tax credits, can I claim them and how do I go about this?

END_OF_DOCUMENT_TOKEN_TO_BE_REPLACED

Gemma Sparrow of Keltie LLP and Adam Brocklehurst of K2 IP Limited visited the 2013 UK Space Conference in Glasgow last week. Here is their report from the conference.

Almost £200m of public investment has recently been announced in launcher, satellite, software and other UK space companies, and the government has set a target to ride the wave of this growing industry by capturing 10% of the global market by 2030.  For example, £60m is to be invested in the SABRE engine for Reaction Engines’ Skylon space plane.

END_OF_DOCUMENT_TOKEN_TO_BE_REPLACED

I feel the need, the need for speed – accelerated prosecution in the UK

Four years on from the launch of the lean, mean, Green Channel patent machine, will this process for accelerating UK patent prosecution still have any worth should the new Superfast patent processing service be launched?

END_OF_DOCUMENT_TOKEN_TO_BE_REPLACED 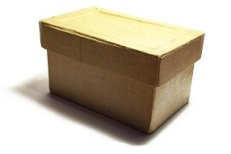 This is not just any box. This is an HMRC Patent Box

On 1 April 2013 the UK will introduce a new preferential tax regime, the so called “Patent Box”, that will potentially reduce the amount of UK corporation tax that a company will be liable for.

If you’re interested in finding out more, then grab a highly caffeinated beverage of your choice (we are going to be talking about patents and tax in the same post after all!) and read on.