The Patent Box, like R&D tax relief (see last week’s post here), is a very much underclaimed relief. In 2014-15 only 1,135 claims were made, although this resulted in claims valued at £651.9m. 94% of this value was claimed by large companies even though such companies only accounted for a quarter of the claims made.

So, what is Patent Box?

Companies who have developed their own IP are likely to have a nexus fraction of close to “1” and so will essentially be unaffected by the revised rules. However, company’s which have acquired IP will see nexus fractions of <1 which will therefore reduce the income which qualifies for the new Patent Box.

Although the main change is the use of R&D expenditure as a proxy for substantial activities it is noted that the proposed changes will also have some other fairly noticeable effects, namely: END_OF_DOCUMENT_TOKEN_TO_BE_REPLACED

The Patent Box Reloaded – Welcome to the Nexus 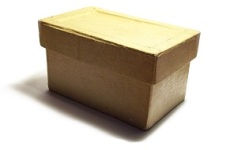 HM Treasury and HM Revenue and Customs have jointly launched a consultation on proposed changes to the UK Patent Box scheme. The changes are being proposed in order to meet proposals developed by the Organisation for Economic Co-operation and Development (OECD) to harmonise preferential tax regimes that operate in G20 states.

The consultation runs until 4 December 2015 and sets out the Government’s preferred approach to the new international framework set out by the OECD. The consultation will affect UK business that hold/exploit patents.

Due to some slightly compressed deadlines arising from the OECD, the Government’s plan is to publish proposed legislation in December 2015 and then a response to the consultation in spring next year. The current patent box rules will apparently be modified by legislation in the 2016 Finance Bill.

The consultation document includes some background on the existing Patent Box scheme. The Patent Box, which of course is a tax initiative that seeks to make the UK competitive for high-tech companies, has apparently seen 639 companies taking part so far and receiving benefits that total £335 million. END_OF_DOCUMENT_TOKEN_TO_BE_REPLACED

A “patent box” (though eagle eyed readers should be able to tell why this wouldn’t qualify..)

Keltie LLP was pleased to welcome David Clift of Hazelwoods recently to give a presentation on the issue of Patent Box that highlighted practical experience of the regime along with some hints and tips and areas to be wary of. In this post we’ll briefly recap the scheme before focussing on the practical advice provided in the presentation. END_OF_DOCUMENT_TOKEN_TO_BE_REPLACED

Following the recent joint announcement from the UK and Germany on the patent box regime we’ve encountered clients who believe the UK patent box is to shut completely. By way of reassurance here’s a short piece from Richard Turner of FTI Consulting.

Given the recent announcements on the deal struck with Germany there has been some concern over the wellbeing of the only recently introduced UK patent box. It is true that the existing rules will be phased out. However, a new regime will be introduced which is likely to be similar to the existing regime in many ways.

END_OF_DOCUMENT_TOKEN_TO_BE_REPLACED

This is not just any box. This is an HMRC Patent Box

Back in January David Cameron gave his EU speech and said the following: “I want the European Union to be a success and I want a relationship between Britain and the EU that keeps us in it……When we have negotiated that new settlement, we will give the British people a referendum with a very simple in-or-out choice. To stay in the EU on these new terms; or come out altogether.“

Quite what that new settlement will be and how effective DC’s negotiating skills will be is something of a slight unknown. However, if last week’s joint announcement that George “I’ve secured us a discount” Osborne made with Germany on the subject of the Patent Box is anything to go by then the EU negotiation may prove interesting! END_OF_DOCUMENT_TOKEN_TO_BE_REPLACED

Keltie took part in London Technology Week between 16 and 20 June. We ran an IP seminar and held a number of IP clinics throughout the week and we’d like to say thank you to everyone that came along to the seminar and signed up to one of the clinics.

We discussed many patent, trade mark and design related issues throughout the week but a number of common themes kept cropping up which we thought we’d revisit in a blog post. Today’s post focusses on the patent related issues that we discussed. END_OF_DOCUMENT_TOKEN_TO_BE_REPLACED

An insight into Europe – the IP Box debate

Today on IPcopy we have a guest post from FTI Consulting on the subject of the EU Commission’s queries into the IP box regimes of Member States.

Concern over the slow economic recovery in the European Union has meant that tax policy in European Member States has increasingly been used as an instrument to help promote economic growth. Member States have historically had the right to set their own fiscal policies and many have used these to attract investment from particular industries or permit particular operations by companies in the hope to gain a larger share of global business. This has resulted in increased competition between countries not only in the way they set corporate tax rates but also in how they use tax incentives. However some domestic rules are now under the spotlight, as the European Commission starts to investigate certain regimes deemed unfair by their critics.

The latest round of European Commission queries have concerned IP box regimes, but this is now widening in scope to include tax rulings between a Member State’s tax authority and relevant companies as the Directorate General for Competition plays an increasing role in the investigations. END_OF_DOCUMENT_TOKEN_TO_BE_REPLACED

The interaction between the Patent Box regime and UK patent applications subject to directions under section 22 of the Patents Act may seem like a bit of a niche interest area, but never let it be said that IPcopy isn’t willing to poke into the darkest, dustiest corners of IP trivia to get to the truth….

When I joined the patent profession I worked for the Ministry of Defence’s Intellectual Property Department. That fact means that whenever someone runs into a question about the defence industry, Defcons or whether patent applications that are subject to “secrecy orders” can take advantage of the patent box regime all eyes seem to turn towards me.

So, the question having been asked, I did some digging….

END_OF_DOCUMENT_TOKEN_TO_BE_REPLACED

We’ve written a fair amount recently on IPcopy about the UK’s patent box regime and R&D tax credits. However a few weeks ago we were treated at Keltie to a great presentation from Kevin Phillips and Andy Nash from Baker Tilly on both subjects from which I’ve extracted the following points that caught my eye/ear.