As well as all of the above and in amongst the usual chaos of knife edge votes in the Commons and a former Cabinet Minister asking for a second Referendum (surely if that happens we need best of three?), the UK Government published its White Paper on “The Future Relationship Between the United Kingdom and the European Union”. The White Paper mentions a little bit about IP so let’s dive in. END_OF_DOCUMENT_TOKEN_TO_BE_REPLACED

However, IPcopy suggests that it is still too soon to be able to say if and when the system will come into force. END_OF_DOCUMENT_TOKEN_TO_BE_REPLACED

The Lords consider the UPC: “Where is it?”

With the ongoing UPC related court case in Germany and the uncertainties arising due to Brexit, the preparations for the unitary patent system have, for the moment at least, something of the feel of a dead rubber match in a sporting competition.

Perhaps, once (if?) the German case allows German ratification preparations to continue and the UK has managed to make its intentions clear, the project will get up and running again. Until then any developments have, to my mind at least, the feel of going through the motions.

It was against this backdrop that the House of Lords Grand Committee met on 6 December 2017 to consider the draft Unified Patent Court (Immunities and Privileges) Order 2017. The approval of this Order by the House of Lords and its subsequent approval (along with the corresponding Scottish Order) by the Privy Council are the last pieces of the UK’s ratification process that need to be completed before the UK can formally ratify the UPC Agreement. END_OF_DOCUMENT_TOKEN_TO_BE_REPLACED

The unitary patent and UPC are within touching distance of going live. However, recent developments in the UK and Germany potentially put the whole system at risk. So, simply put, where are we now?

When the unitary patent system first came to IPcopy’s attention we were at a conference in Brussels in December 2012 where the keynote speaker from the European Commission suggested that the system would be up and running in just over a year, i.e. Spring 2014. The reality and difficulties of setting up the unified patent court meant that the “go live” date consistently slipped further and further along. Back in August 2013 we had adjusted the expected go live date to “late 2015” and last May, a start date somewhere within 2017 was expected. END_OF_DOCUMENT_TOKEN_TO_BE_REPLACED

The UK Parliament is now on its summer recess until September which seems like a good time for a brief update on some unitary patent related bits and bobs from the last couple of weeks. END_OF_DOCUMENT_TOKEN_TO_BE_REPLACED

CIPA Seminar: UP and UPC series: Episode 3 (The UPC Landscape – what will it look like?)

The third in CIPA’s unitary patent seminar series was delivered by Vicki Salmon. This webinar provided a detailed look at the whole unitary patent system, the current patent landscape in Europe and the differences between the two. END_OF_DOCUMENT_TOKEN_TO_BE_REPLACED

CIPA Seminar: Getting Practical with European Patents & the UPC – Episode 2 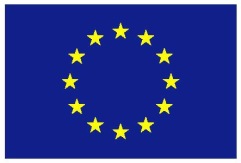 Last week IPcopy watched the second webinar in the CIPA UP/UPC series “Getting Practical with European Patents & the UPC – Episode 2 – managing the knowns and the unknowns of the ‘opt-out’” which was presented again by Pippa Allen. IPcopy’s post on the first webinar can be found here.

The subject of the second webinar was the opt-out and the presentation covered the legal basis for the opt-out as well as the pros and cons of opting a classically validated European patent out of the competence of the Unified Patent Court (UPC).

Opting out a classical EP patent from the UPC is seen as essentially preserving the status quo as far as a patent owner is concerned since an opted out EP patent is regarded as no longer being within the competence of the UPC. Assessments of the UPC may therefore tend to play up the risk of central revocation without providing much in the way of a counter point of view.

The second CIPA webinar however looked to provide a more balanced assessment of the UPC and also of the option of requesting unitary effect for EP patents that grant after the unitary patent system comes into force. END_OF_DOCUMENT_TOKEN_TO_BE_REPLACED

This post provides an overview of the recent CIPA webinar: Getting Practical with European Patents & the Unified Patent Court – Episode 1 presented by Pippa Allen. This webinar was the first in a series about the unitary patent system. The next seminar is on Getting practical with European patents and the UPC EP2: managing the knowns and the unknowns of the “opt-out”. Future seminars will cover aspects of the unitary patent system referenced here in more detail, e.g. validity and infringement opinions and also a look at the Case Management System (CMS) that will be used to manage actions in front of the new Unified Patent Court.

It is noted that Getting Practical Episode 1 webinar was an extremely content rich presentation and IPcopy will not cover all aspects discussed. Interested readers are directed to the links at the bottom of the post for further information. END_OF_DOCUMENT_TOKEN_TO_BE_REPLACED

Despite there being some more work to do in bringing the unitary patent system online (not to mention the possibility that Brexit could still potentially torpedo or severely slow down the whole process), IPcopy has been asked a growing number of questions recently about the unitary patent and the Unified Patent Court.

What follows below is a selection of questions that we’ve encountered over the last few weeks. This is by no means an exhaustive summary of the current state of play of the unitary patent but we hope the discussion below is useful nonetheless.

Holding on for a unitary patent

After a five month Brexit induced wobble the unitary patent system appears to be heading toward lift off and is once again figuring in the plans of some patent owners.

Indeed, in the last week, IPcopy was asked whether a currently pending European patent application would be eligible for unitary patent status or if there was a risk it might grant before the system goes live.

In this post we take a quick look at what makes a European patent eligible for unitary effect on grant and how the unitary patent system timescale matches up with the European patent process. END_OF_DOCUMENT_TOKEN_TO_BE_REPLACED