Home » Patents » The Lords consider the UPC: “Where is it?”

The Lords consider the UPC: “Where is it?” 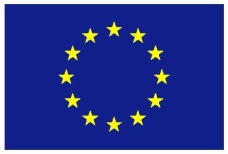 With the ongoing UPC related court case in Germany and the uncertainties arising due to Brexit, the preparations for the unitary patent system have, for the moment at least, something of the feel of a dead rubber match in a sporting competition.

Perhaps, once (if?) the German case allows German ratification preparations to continue and the UK has managed to make its intentions clear, the project will get up and running again. Until then any developments have, to my mind at least, the feel of going through the motions.

It was against this backdrop that the House of Lords Grand Committee met on 6 December 2017 to consider the draft Unified Patent Court (Immunities and Privileges) Order 2017. The approval of this Order by the House of Lords and its subsequent approval (along with the corresponding Scottish Order) by the Privy Council are the last pieces of the UK’s ratification process that need to be completed before the UK can formally ratify the UPC Agreement.

To cut a long story short the Committee agreed to the motion which means that once the House of Lords approves the Order it can be scheduled for a Privy Council meeting (probably January 2018). After the Westminster and Scottish Orders are approved at Privy Council the UK will then be in a position to ratify.

What IPcopy found interesting however were the comments made in the Grand Committee meeting.

The motion was moved by Lord Henley who summarised the unitary patent project and the part the current Order has within the overall ratification process. So far so good, though I did note another instance of the phrase “commitment to proceed with preparations to ratify the [UPC Agreement]” (Does the UK intend to ratify the UPC Agreement or is it going to try and use ratification in the Brexit trade discussions?).

Baroness Wilcox then addressed the Committee and suggested that, with the UPC Agreement, we “have come up with something that works very well“.  Baroness Wilcox also works on the EU Select Committee and noted that given the hard work that is going on with Brexit it is nice to see something coming along (i.e. the UPC) that “we are all going to do. This is one thing that is not going to cause us any difficulty over the next few months”. This made me chuckle. I think with the UK’s position on the UPC at risk from Brexit it is highly likely that the UPC will at some point cause some difficulty. However, given the delay that the German case is going to cause perhaps the UK won’t be under pressure to do anything for a few months and so the Baroness’ comments will turn out to be accurate!

Baroness Neville-Rolfe then asked when the patent court will open its doors in London. This, I thought, was the point where the issues in Germany would get some airtime and perhaps we would get some more commentary about the impact of Brexit.

Lord Stevenson of Balmacara then stood up and, after indicating that he was happy for the statutory instrument to go through, then referenced “rumours of premises having been secured and buildings having nameplates attached to them“. He then went on and asked about the possibility of the Court of Session in Edinburgh getting a local division.

Having quickly checked the video feed to make sure I wasn’t watching an archived video from January 2014, I turned back to see Lord Henley stand back up to answer the questions from Baroness Neville-Rolfe and Lord Stevenson of Balmacara.

Surely Lord Henley, the Parliamentary Under-Secretary of State for the Department for Business, Energy and Industrial Strategy would clear things up?

Nope. Lord Henley merely stated that he didn’t know when the doors would open (fair enough) and that he did not know where the court would be (what? The London section of the UPC is to be located in Aldgate Tower as announced here by Baroness Neville-Rolfe!) and with that the session came to an end and the motion was agreed.

All in all the Grand Committee was a slightly odd affair given that there was an almost complete absence of Brexit from the discussion and a total absence of the German court case from the proceedings. Still, the UK ratification process moves on. Next stop the Privy Council.