Trade Mark and Carry On (Posters, Trade Marks & the Tardis) 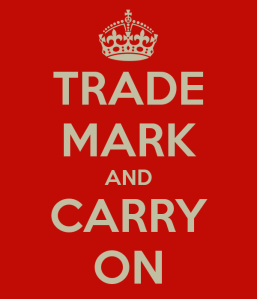 “Trade mark and  carry on” is a slogan to bear in mind because, as the following cases illustrate, people often think a name, slogan or even a police box are free to use.

We see a good example with the famous slogan “Keep Calm and Carry On”, which was thought to be owned by the British government. Indeed, “Keep Calm and Carry On” was one of a series of propaganda posters made by the British government during World War 2 to reassure the population, a fact which remained unknown to the public for over half a century. In the early 2000s, a couple (named Manley) who owned the Britsh bookshop “Barter Books” rediscovered the posters in a box of old books.When the booksellers decided to display it in their library, it became very popular. The “Keep Calm” poster was exported worldwide and became one of the first really emblematic images of the 21st century.

The TV producer Mark Coop began in business registering the domain name “keepcalmandcarryon.com” and created the “Keep Calm and Carry On Ltd” company. After a few years of practice, he decided to acquire exclusivity in the sale of products marked “keep calm and carry on”. He tried but failed to register “Keep Calm and Carry On” as a trade mark with the UKIPO. However, what the UK Office denied, the European Union granted. A few years later, the new owner of the rights, Mark Coop, exploited the slogan and started to forbid the sale of “Keep Calm and Carry On” products by others in the marketplace. The other traders, affected by this action, launched an online petition to voice their discontent. Along with the online petition, these traders began legal action to overturn the decision of the European Union. In an interview with the BBC, Marc Coop said that he had contributed to broadcasting the slogan across the world.

For the other side, Manley said that before Coop, they had already sold more than 40,000 copies worldwide. Still, Mark Coop is not the only one who tried to take rights in the poster. A London company called “Keep Calm and Carry On Beverage Company Ltd” has succeeded in retaining in the UK the exclusive sale of beverages under this slogan. This story shows how being the first to register a name or a slogan as a trade mark is essential when it may be thought that everyone is free to use. This case demonstrates the importance of obtaining a registration.

It is worth noting that the English culture accepts parodies and parties remain free to invent other slogans – so please, keep calm and parody.

[It is noted that currently there is no final decision against the OHIM decision which accepted the TM application for Keep Calm and Carry On in the name of Mr Coop.] 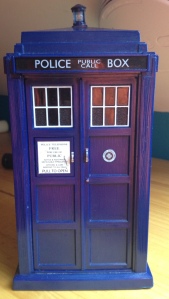