Following on from last year’s guest posts from Suleman Ali of Holly IP and K2 about top 10 points from UK Court Decisions and top 10 points from EPO case law in 2013 we now have Suleman’s post regarding developments in the US in 2013. This post was originally posted on the Holly IP blog and is reproduced with the permission of the author.

These points are from a talk held at CIPA on 27 November 2013 given to UK Patent Attorneys.

1.  There are currently 8 proposed bills pending in the US Congress directed at abusive patent litigation, i.e. non-practising entities.  They include provisions for loser pays, disclosing the real party in interest, staying litigation against end user customers, heightened pleading standards for infringement, eliminating Post Grant Review estoppel, expanding the CBM (Covered Business Method) program, shifting the discovery fee and the concept of bankruptcy not terminating some licenses.

2. The Supreme Court decided in Bowman v Monsanto that patent exhaustion permits re-sale of a patented item, but does not allow new copies to be made. That includes the situation where the item is a self-replicating product, in this case a GM bean.

3. The Supreme Court decided in Association for Molecular Pathology v Myriad that isolated naturally occurring DNA molecules were not patentable subject matter, though cDNA is patentable.  Also comparing or analysing DNA sequences is not patentable.

5. In CLS Bank V Alice Corp. (en banc) the Federal Circuit had the intention of providing guidance on patentability of software. Instead 7 different opinions were issued by 10 different judges, with none getting a majority.  It is likely that the Supreme Court will intervene in the next few years to clarify this once and for all.

6.  In Wyeth v Abbott  the Federal Circuit decided that the term ‘rapamycin’ lacked enablement in as far as it covered tens of thousands of analogues, even though routine assays could identify them.

7.  The Federal Circuit started to be influenced by secondary considerations of nonobviousness, such as long felt need, commercial success, failure of others, teaching away from the prior art, industry praise, etc.  Three cases in which this happened: Apple v International Trade Commission, Leo Pharm v Rea and Rambus v Rea.

8.  Inequitable conduct became less important as the Therasense v Becton Dickinson guidance of ‘specific intent to deceive the PTO’ was implemented by the Courts.  Allegations of inequitable conduct have fallen more than 50% since 2008 (from 41% of all cases to 20%).

9. In Fresenius v Baxter the Federal Circuit decided that where the PTO rejected claims in reexamination before an infringement case final decision, then the PTO decision overrode the Court decision on the validity of the claims.

10.  The US Patent Trial and Appeal Board is proving very popular, with 514 Inter Partes Reviews, 8 Covered Business Methods and 1 Derivation Proceedings in 2013.  They can be strict about opportunities to amend the claims, can cope with complex arguments, will only grant additional discovery if you can show what you expect to find. 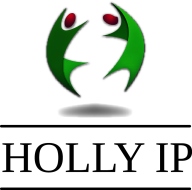 By ipcopymark in Patents on January 9, 2014.
← The unitary patent, the Spanish challenge and a costly admin error 10 Points from IPO Patent Decisions in 2013 →