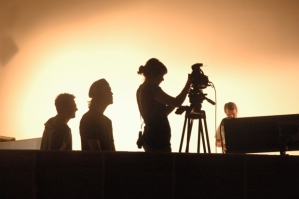 This item was written for and originally appeared on the 2paragraphs website which covers news stories in, um, two paragraphs….

In the last week news outlets have carried a story that Amazon has been granted a patent for taking a photograph against a white background. However, as is usual in cases where patent related news intersects with the mainstream media, the reported story is not nearly so sensational as some of the headlines (1, 2, 3) that have been doing the rounds would have you believe. Although Amazon’s patent relates to the taking of photographs against a background in a studio, what most of the news items fail to point out is that the actual scope of protection for this idea is far far narrower, as can be seen by reading the long list of elements contained in the patent’s independent claims (see claims 1, 2 and 25 of US8676045). Possibly a slightly more interesting question (only slightly mind, we are talking patent law here!) is why Amazon may have applied for a patent in the first place.

There are a whole host of reasons for getting patent protection. Most people will appreciate the classic way that a patent can be used against a competitor but they are also useful in the context of licensing, raising funding, protecting yourself against legal actions from third parties and even, in some countries, tax breaks. Now, Amazon may have an eye on using this patent in its classical sense, but it may just be that this is their internal procedure for taking all the photographs you see on their website and they want some defence against being on the receiving end of a patent suit. We’ll just have to wait and see whether they respond to one of the many requests for comment they’ve no doubt received in the last week! Of course, this patent could also just be a quirk of their patent filing process. For example, Amazon may be incredibly obsessed with trying to protect everything they use/develop or they may have a really generous inventor compensation scheme which encourages in-house inventors to report any and every development they make in return for a cash award!