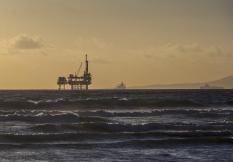 The UK’s Oil and Gas industry is, according to the UK Government press release last week, its largest industrial sector worth around £19 billion and accounting for 375,000 jobs within the economy. It is estimated that the oil that can still be exploited from the North Sea may be equivalent to 50% of all the oil exploited to date. The decommissioning business is forecast to be around £45 billion in the next 25 years or so.

Against this backdrop however the oil and gas sector is in the midst of a challenging time with the oil price in the $30 a barrel area, down from $90-120 a barrel just a couple of years ago.

In response to the ongoing situation in the oil and gas industry sector, the UK Government has announced a range of measures including a £1.3 billion package of reforms in the March 2015 budget. The Oil and Gas Authority was also established in April last year to improve collaboration and productivity, attract investment and to create jobs in the sector.

On 28 January 2016, a £250 million City Deal for Aberdeen was announced and the Prime Minister set out an action plan to “build a bridge to the future for the industry”. Part of this action plan includes a £20m investment package in exploration and innovation which is expected to cover a round of new seismic surveys on the UK Continental Shelf with £1m allocated to award innovative use of data to unlock new oil fields. New well drilling, reserve replenishing and new infrastructure projects are also expected to announced shortly.

Such innovative developments are almost certain to lead to the creation of a wealth of new intellectual property (IP) assets. The oil and gas (O&G) sector has for some time been adopting a range of new technologies and the number of patents in the “extractive industry” doubled between 2005 and 2010. In more recent years, despite the difficulties in this industrial sector, the volume of patents in the O&G field has increased slightly (see page 54 onwards of the linked report) in the exploration, drilling, production, processing and refining areas and has held fairly steady in the fuels, transportation and storage areas. Within the UK, Imperial College London and Heriot Watt University rank highly amongst the most influential scientific research institutions in the O&G field.

The importance of Intellectual Property in the O&G sector was the subject of the Oil and Gas IP Summit held last week in London and co-sponsored by Keltie and K2. Attendees from Keltie and K2 included Sean Cummings, head of Keltie’s Oil and Gas group, Rob Carter, a K2 consultant who was with Shell’s IP department for over 25 years and K2 network attorneys Adam Brocklehurst and Richard Wilding.

One theme that came out of the IP Summit was the importance of investing, where possible, time and resources at the start of the patent process and of having a strong IP procedure within an organisation.

The patent game is, let’s be honest, pretty expensive. In Europe, for one patent filing, the official fees alone get close to 6000 Euros and this figure overlooks the significant pre-filing costs associated with drafting a patent application and the post-grant costs of validation and ongoing maintenance fees. Factoring in professional representation costs, validation and national renewal fees, the total through life cost of a European patent can come to around 32000 Euros!

Faced with such expenses a potential patent applicant may question why they need a patent. After all, if you’re unlikely to want to enforce a patent then why do you need one? Patents however are useful for a range of reasons:

Having considered the above and decided to pursue patent protection the next question asked may be “How can I reduce costs in the patent process?”

One option might be to reduce the time spent preparing the initial patent draft in order to reduce the drafting costs. Drafting costs make up a significant proportion of the costs of the patent process in the first couple of years of a patent’s life and it is always tempting to try and reduce these initial figures.

Our advice on this point? Although it may be tempting to minimise costs at the start of the patent process, this can often be a false economy. After filing, a patent application will be examined by various Patent Offices around the world and the need to have a well drafted patent application with a range of flexible fall back options is paramount. It may be possible to shave a few hundred or even thousands of pounds of the initial drafting bill but this will almost certainly lead to longer prosecution times and more rounds of examination. [It is also important to bear in mind that it is not possible to add subject matter to a patent application during the examination phase. If it’s not in the document at the start, you can’t put it in later!]

We would therefore suggest that, where possible, a patent applicant should try and commit more funds to preparing a strong initial patent application.

For potential patent applicants in our readership who aren’t convinced, then IPcopy notes that spending more time on the initial draft has a measurable effect on downstream patent prosecution costs and Keltie has observed that is is possible to benefit from post-filing prosecution savings of up to a third by focussing extra resources into the drafting phase.

An area of the patent process where cost savings can be made however is in the post-grant phase. As discussed at the Oil and Gas IP Summit it is not unusual for companies to pursue patents in a large number of countries and then to maintain those patents year on year without undertaking any particular cost/benefit analysis as to whether to keep the portfolio running. One firm at the summit was heard discussing how their foreign filing programme had been slimmed from a usual country spread of 15 countries down to a “new normal” of 7 countries. Such a rebalancing of their portfolio had not massively impacted the ability of the patent portfolio to support the company’s business plan but it had resulted in a large reduction in prosecution and administrative costs associated with maintaining such a large portfolio.

Regular portfolio reviews are also important with an eye on assessing whether to slim the geographic spread of a patent family in the years after grant.

With the PM’s announcement last week it would appear that the Oil and Gas sector in the UK is about to enter an innovative phase of exploration and development. Protecting such innovation via a balanced IP policy is important. Speak to your patent attorney or IP department to ensure that you are protecting your valuable IP assets.