Home » Trade Marks » To the Crystal Dome! Goodwill in “The Crystal Maze”

To the Crystal Dome! Goodwill in “The Crystal Maze”

Mad Professor Ltd’s (‘MP’) is the proprietor of UK No. 3060820 ‘The Crystal Maze’ (‘TCM’) for inter alia “team building events” in Class 41. Adventure Line Production SAS (‘ALP’) sought to invalidate the registration under Section 5(4)(a).

ALP based its passing off claim on use of TCM since February 1990 in respect of “entertainment services, in particular television programmes, games and challenges”. MP denied ALP’s claims arguing that (1) its mark was lawfully registered, (2) the marks are not identical, (3) ALP does not own the goodwill, (4) there is no misrepresentation, and (5) there is no damage.

Although MP’s mark was filed on 20 June 2014, the relevant date to consider whether there had been passing off was 21 June 2011 as this was the first date in which MP made use of TCM on its website.

MP’s first and second claims were dismissed as (1) having a registration is not a valid form of defence and (2) the marks are identical.

The key issue here is goodwill and, in particular, the ownership of such goodwill.

The Registry found that it was clear that “the popularity of the television programme would have generated a valuable and protectable goodwill”. Further, MP states that it uses TCM as a parody, meaning that it must consider TCM to continue to be an attractive pull for customers. Accordingly, goodwill was found to have survived both relevant dates. 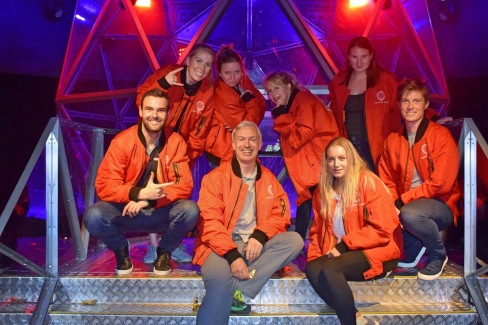 Keltie does The Crystal Maze*

However, the fact that goodwill exists does not mean that a passing off claim will succeed – the goodwill must belong to ALP.

In this regard, the chain of title is quite confusing and involves numerous parties and agreements. A breakdown of which is set out below:

The Registry found that goodwill originally subsisted with CEL, being the production company for the TV programme. On review of the agreement between CEL and JAC, the Registry held that the goodwill was not assigned back to JAC when the rights to exploit the format were returned to it. Therefore, the assignment of goodwill would need to have taken place under the 2009 agreement.

The Registry’s deliberation is redacted, but it is noted that whilst some rights were transferred to ALP, the transfer of goodwill was “too great a leap”. Accordingly, ALP failed to establish that it was the owner of the relevant goodwill.

The Registry also considered the misrepresentation and damages elements for the sake of completeness, and considered these elements to be satisfied. However, as ALP did not own the goodwill in TCM, the application for invalidation ultimately failed.

This case highlights the importance of ensuring that the owner of goodwill is clear. Had the claim been bought by the owner of the goodwill, it would have succeeded given that the Registry found a likelihood of misrepresentation and damage.

Whether or not the decision will be appealed is yet to be confirmed. However, should ALP appeal and successfully demonstrate that it owns the goodwill, the application for invalidation will likely succeed.

*IPcopy notes that we’ve received permission from everyone in this image for it to be included on the blog – including Helen “I look totally rad” Cronin (back row, second from left) and Sharon “I pulled a muscle in that last game!” Osborn (seated)