Home » Designs » A “To Do” suggestion for the new IP Minister

A “To Do” suggestion for the new IP Minister 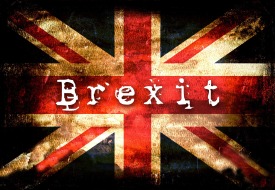 “Uncertainty abounds” might as well be the summary for any article that’s written at the moment about Brexit.

After a 2017 in which the Prime Minister apparently sought to find out just how many times she could shoot her own party in the foot (triggering Article 50 before the UK was ready, setting out unnecessary redlines and calling a snap General Election) we somehow managed to agree a deal in the first phase of the EU talks. However, the shape of the UK’s post-Brexit relationship is still unknown and the negotiations are on a break while everyone works out what they want.

Into this mix we heard Nigel “there’ll be unfinished business if the result is 52/48” Farage suggesting in the last week that he was ready for “EU Referendum II: We’re Going to Need a Bigger Bus” and watched as Theresa May reshuffled her cabinet.

Whereas the European Commission has published a position paper and a follow up notice about Intellectual Property, the UK has been less forthcoming and currently there is no real official line on any IP matters that might be impacted by Brexit. One of a number of areas of concern is what will happen to UK protection post-Brexit in respect of European trade marks (EUTMs) and registered community designs (RCDs). Although the UK legal profession would like the UK government to arrange that we stay part of such pan European systems despite not being a member of the EU it is noted that the UK could seek to legislate for the introduction of domestic UK rights that are equivalent to EUTMs and RCDs, including maintaining original priority dates.

However, so far, there has been no official word from the UK Government and the recent warning notice issued by the European Commission in respect of what might happen to such rights in the event of no deal being reached has got many users of the system asking what will happen.

IPcopy therefore suggests that an easy win for the new Minister for IP, and a way of lifting at least a bit of the uncertainty around Brexit, would be the release of a statement clarifying the UK position in respect of, at least, RCDs and EUTMs. Such a statement could indicate that it is the UK’s intention to try and arrange to stay in such systems but as a fallback the UK will guarantee that there will be an automatic continuation in the UK of such EU rights, by automatically entering such rights onto the UKIPO’s register with the same scope of protection, registration date, priority date etc. as the existing EU registration.

By ipcopymark in Designs, General Interest, Trade Marks on January 17, 2018.
← Spinning out without falling over Is it time to bury the UPC yet? →