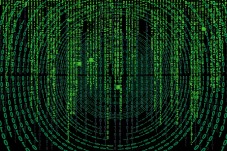 In the UK, section 1(2) of the Patents Act (which is set out at the bottom of this post) sets out certain categories of invention that are not patentable. These categories of invention are generally referred to as excluded subject matter. The assessment of patentability under section 1(2) is based on the judgment of the Aerotel Ltd v Telco Holdings Ltd and Macrossan’s Application case at the Court of Appeal. This judgment approved a four-step test for deciding on whether an invention is patentable.

Two relatively recent case rulings that relate to the above-mentioned subsections of the act are: the “Google Inc.” case (BL O/364/17), and the “Accipiter Radar Technologies Inc.” case (BL O/390/17), which were heard in August 2017. Both cases are noteworthy as they were respectively refused and accepted, and so offer insight to the type of inventions that are considered by the UK courts to be patentable and non-patentable in view sub-sections (c) and (d) of Section 1(2) of the Patents Act.

The applicant argued that the technical “problem” addressed by the invention was how to present multiple locations to a user of a mobile device when “presentation of each of the individual locations may be overwhelming or impractical”. It was argued that the technical contribution made by the invention was “a computer implemented method of creating (for display) a dataset representing geographic regions which meet specified criteria, the geographic regions being defined in relation to the current location of a mobile device and being redefined to account for changes in the device’s location.’

Using the four step test devised in the landmark “Aerotel Ltd v Telco Holdings Ltd and Macrossan’s Application“(“Aerotel”) case, the Hearing Officer noted that an invention comprising a computer-implemented method which manipulates data, and then displays the results of that manipulation does not avoid the exclusion simply because the data represents something in the real world; instead the method must provide a technical contribution. In other words, since the previous location data and geographic region data specified in this case are not themselves physical, but are rather digital entities, their manipulation or creation cannot constitute such a technical contribution. In response to this, the applicant argued that it was indeed technical because any device receiving and displaying the resultant geographic regions would operate more efficiently than if it were to receive and display the larger dataset of previous locations.

The Hearing Officer concluded that the present invention makes use of the screen space only so the user may be able to interpret what he or she sees on the display better, which does not amount to a technical affect. Furthermore, there was no reference to the process taking less processing time in the description, such that applicant’s argument appeared self-evidently untrue. The Hearing Officer went on to summarise that the display device itself was not changed to operate more efficiently, and that providing more or less data to a conventional display process running on a conventional device cannot constitute a relevant technical contribution of a computer program. The Hearing Officer subsequently ruled that the contribution made by the invention solely fell within matter excluded from patentability and the application was refused.

This hearing related to Accipiter Radar Technologies Inc.’s UK patent application, entitled “Device and method for 3D sampling with avian radar“.  The claimed invention related to a radar system for tracking airborne targets (e.g. birds), and specifically a track database of stored tracked data in a “dual format” (i.e. a time and spatially ordered formats) and an airborne-target activity illustrator, for generating target activity reports based on the stored data. In prosecution, the Examiner had concluded the claimed invention was both a computer for program and a form of presentation of information respectively, and was therefore excluded subject matter pursuant to sub-sections (c) and (d) of Section 1(2) of the Patents Act.

Using the four step test devised in “Aerotel” case, the Hearing Officer noted that the question which needed to be determined was “what the inventor has really added to the stock of human knowledge”, taking into account the problem being solved and how the invention works and what the advantages are.  The Hearing Officer also noted that any assessment of the contribution must be based on “the context of the claim as a whole and not its individual integers”. More specifically, the invention must be set in context of the state of the art at the priority date of the invention which was exemplified by the two prior art documents cited by the Examiner in prosecution, as well as the applicant’s specification, and that “the test must be what contribution has actually been made, not what the inventor says he has made”. The Examiner had identified two prior art documents disclosing bird-aircraft strike hazard (“BASH”) RADAR systems that were capable of generating target activity reports, but which did not disclose the required  dual information storage format.

The applicant’s main argument was that the claimed invention improved on the computational limitations of the data storage and querying tools of known BASH radar systems by using more appropriate data methods. The applicant’s argument contextualised the problem in the art, arguing that it was improving upon the inability of prior systems to provide continuous real-time monitoring, data storage, and analysis of “airborne target data” for BASH applications, in order to understand “the complex long-and short-term spatial and temporal behaviour of airborne targets” (e.g. bird behaviour) in a ‘live’ operational environment. In other words, the applicant highlighted that the nature of avian activity is sporadic and that “track information” data can grow in volume very quickly, such that human reaction times (and data-processing efficiency) are of the essence.

The Hearing Officer considered and analysed the applicant’s argument in the context of field of its application, and noted particular deficiencies inherent to both cited prior art documents.  In his analysis, the Hearing Officer reasoned that although known BASH radar systems store track data in a time-ordered structure and would be able to support the generation of the required reports from small volumes of stored data, the “technical problem” was that they would be “unable to deal efficiently with the large data volumes that are typical in such systems nor would it support the radar data being written and analysed at the same time”. The Hearing Officer summarised that the invention addressed the above-mentioned technical problem “by combining a known radar device with
software which – thanks to its ‘dual’ data storage model – supports real-time organisation and storage of radar track data as it is received from a radar device; and on-demand generation of statistically-based avian activity reports that are derived from (optionally time- or space-delimited) subsets of the stored data“.

The assessment of the contribution was firstly based on the context of the claim as a whole (i.e. all the features working together in the system) and not by assessing each individual integer in the claim, as the Examiner had appeared to have done. In applying the “Aerotel” four-step test, the Hearing Officer concluded that the actual “contribution” of the claimed invention was that it provides information not available from prior systems in the operational timeframes of ‘live’ BASH applications. Regarding whether this contribution fell solely within the excluded matter; the Hearing Officer further concluded that although the system involves the presentation of this information to its users, “the contribution is not limited to this presentation per se but instead extends to the capture and generation of this information as a whole. Similarly, although the invention relies on a computer program for its realisation, the contribution made by the invention goes beyond this”. The Hearing Officer subsequently ruled that he contribution made by the invention was both technical and did not fall within matter excluded from patentability, such that the application was accepted.

(2) It is hereby declared that the following (among other things) are not inventions for the purposes of this Act, that is to say, anything which consists of—

(a) a discovery, scientific theory or mathematical method;

(b) a literary, dramatic, musical or artistic work or any other aesthetic creation whatsoever;

(c) a scheme, rule or method for performing a mental act, playing a game or doing business, or a program for a computer;

(d) the presentation of information;

but the foregoing provision shall prevent anything from being treated as an invention for the purposes of this Act only to the extent that a patent or application for a patent relates to that thing as such.

By ipcopy in Patents on April 10, 2018.
← Australia and New Zealand in a bit of a sticky situation over Manuka honey trade mark When sharing your trade secrets with others, just remember that NDAs are like confetti →