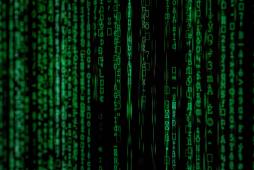 Photo by Markus Spiske on Unsplash

Elton John was of the opinion that sorry seemed to be the hardest word.  That may well be true in general life, but in the European Patent Convention, that hardest word is “technical”. It underpins everything, yet is never defined – apparently, you know it when you see it1. Much of the challenge it provides results from the need to engineer a definition of “technical” which circumvents the exclusions from patentability set out in Article 52(2) EPC. These exclusions are treated as relating to “non-technical” subject matter by the EPO – such subject matter is excluded from patentability but (as set out in Article 52(3) EPC) only to the extent to which a European patent application or European patent relates to such subject-matter or activities “as such” (two more of the harder words in the EPC).

As a result, many inventions as claimed relate to a mix of “technical” and “non-technical” subject matter. The central case in this area is T 0641/00 (Two identities/COMVIK), which indicates that not only can “non-technical” subject matter not contribute to inventive step unless it somehow contributes to technical character, it can even be used to establish the objective technical problem solved by the invention (whether or not it is found in the prior art). This can lead to a higher “step” in arguing for inventive step, and determination over whether specific features are technical can be a key battleground in patent prosecution before the EPO.

This is the context for the referral of G1/19 to the Enlarged Board of Appeal. This referral was made by the Technical Board of Appeal in T 0489/14, which is an appeal from the decision to refuse EP1546948 – the best place to find all the documents for this case is the European Patent Register entry for EP1546948, including a large number of amicus briefs. EP1546948 relates to “Simulation of the movement of an autonomous entity through an environment” – more relatably, to computer-implemented simulation of pedestrians through a building to facilitate building design. Claim 1 of the Main Request before the TBA read as follows:

A computer-implemented method of modelling pedestrian crowd movement in an environment, the method comprising: simulating movement of a plurality of pedestrians through the environment, wherein simulating movement of each pedestrian comprises: providing a provisional path (9) through a model of the environment from a current location (6) to an intended destination (7); providing a profile for said pedestrian; determining a preferred step (112′), to a preferred position (123′), towards said intended destination based upon said profile and said provisional path, wherein determining said preferred step comprises determining a dissatisfaction function expressing a cost of taking a step comprising a sum of an inconvenience function expressing a cost of deviating from a given direction and a frustration function expressing a cost of deviating from a given speed; defining a neighbourhood (29) around said preferred position (123′); identifying obstructions in said neighbourhood, said obstructions including other pedestrians (21) and fixed obstacles (25); determining a personal space (24) around said pedestrian; determining whether said preferred step (112′) is feasible by considering whether obstructions (21, 25) infringe said personal space over the course of the preferred step (112′).

The TBA considered there to be conflicting case law relating to the technicality of computer-implemented simulation. The TBA considered that the majority of the case law was consistent with the view that “a technical effect requires, at a minimum, a direct link with physical reality, such as a change in or a measurement of a physical entity… nor can the Board detect such a direct link in the process of calculating the trajectories of hypothetical pedestrians as they move through a modelled environment.” (section 11 of the interim decision). However, T 1227/05, claimed as support for its position by the applicant, does not appear consistent with this view. T 1227/05 relates to numerical simulation of a noise-affected circuit, and in it a model featuring input channels, noise input channels and output channels and a system of differential or algebroid differential equations was held to be a functional technical feature. While it was not inclined to follow T 1227/05, the TBA stated that “ in view of the important role that numerical development tools and in particular computer-implemented simulations play nowadays in the development of new products, legal certainty in respect of the patentability of such tools is highly desirable.”

The TBA referred the following questions to the EBA as a result.

As this is the first time in some while that the EBA has had the chance to make a significant ruling on computer-implemented invention issues, there have been many amicus briefs – varying from the limited goal of trying to defend the position that cases similar to that of T 1227/05 would be protectable, to much broader objectives relating to the handling of excluded subject matter as a whole. I won’t discuss potential answers to the questions here – there are many posts on this, with the last mention on IPCopy being here. However, this matter is now coming to a head – the EBA has issued a short preliminary statement, and oral proceedings (which are public) are this month.

The preliminary statement is short, and it does not offer a preliminary view of its answer to the questions. It makes it clear that the focus will not be on wider questions of policy but rather on what is needed to enable the TBA to make its judgement – the focus will be on how to treat “numerical simulations with no direct link to physical reality”. To this end, the EBA has formulated its own set of questions, to which it will be seeking answers, as follows:

While limited to simulation, these questions cover a lot of ground. The intention appears to be to establish whether T 1227/05 provides a secure foundation for any class of cases, and if so, how broad is the class of cases that are so supported.

The discussion may be interesting to hear. Fortunately, this is possible. Oral proceedings are being held on 15th July at 9:00 (CET), and arrangements for live streaming have been made by the EPO – details are here. There is a viewer limit of 3000, so sign up sooner rather than later, and only order in the popcorn after that.

1 The phrase “I know it when I see it” has a legal provenance – it is the threshold test for obscenity proffered by Supreme Court Justice Potter Stewart in his concurrence to the majority opinion in Jacobellis v. Ohio.  Justice Stewart wasn’t happy that these were likely to be the words that he was best remembered for.

By ipcopyrich in Patents on July 2, 2020.
← The Internet of Things and Patent Pools Administering global industrial design portfolios just got a little bit easier: The EUIPO becomes a Depositing Office for the Digital Access Service for Industrial Designs from 11 July 2020. →