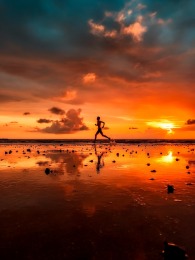 Leaving the overindulgence of the Christmas period and entering into the New Year of 2018, we will inevitably see an abrupt shift from yuletide-themed adverts to January clearance sales, and with it the traditional bombardment of reminders to buy sofas at half of the (alleged) recommended retail price, prompts to start putting down instalments on that dream summer holiday and, of course, the fitness and/or health-themed myriad of adverts that boisterously tell us to “start afresh” this New Year.  END_OF_DOCUMENT_TOKEN_TO_BE_REPLACED

Apple WWDC 2014: what the patents say we can expect 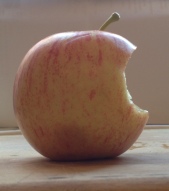 What’s this? IPcopy doing an Apple patent themed post the week that the Worldwide Developer Conference starts? This couldn’t be a shameless SEO exercise could it? *

The WWDC, for those of you that don’t know, is Apple’s annual event for the software side of their business and a week long geekfest for those developers lucky enough to score one of the 5000 (or so) tickets on offer.

For the rest of us, the WWDC links in to that point of the year when speculation about Apple’s next products and services begins to ramp up. The WWDC is normally the point at which Apple fanbois find out what features the next version of the iOS operating system  will be sporting in the next couple of months. For everyone else the WWDC is a chance to practice their best Apple put-downs and then to have a look over the feature list to find out what features their non iDevice might be sporting in the next 6 months….[Note to lawyers: that was a joke].

So, what do the patents suggest we could be seeing for iOS8?

END_OF_DOCUMENT_TOKEN_TO_BE_REPLACED

Today we have a guest post from Suleman Ali of Holly IP and K2. This post was originally posted on the Holly IP blog IP Trends and is reproduced with the permission of the author.

These decisions were discussed at a CIPA event on 27 November 2013, and the following points are based on the cases selected by the speakers.

END_OF_DOCUMENT_TOKEN_TO_BE_REPLACED

Last week FOSS Patents carried an interesting article about the impact that the original iPhone Keynote presentation has had on the validity of one of Apple’s own patents. Follow up press reports (e.g.  this one) have focused on the fact that the “rubber band” patent has been invalidated on the basis of this video disclosure. However, the original article contained some points of interest with respect to grace periods in the US and Europe and the effect that the German court decision on the “rubber band” patent may have on Apple’s utility model in Germany.

Curiosity suitably piqued IPcopy took a quick look at the case. For ease of reference we also produced a handy timeline of events so you can see what happened and when.

END_OF_DOCUMENT_TOKEN_TO_BE_REPLACED

Following our recent posts highlighting some of the various rules of procedure consultation submissions that have come to light, more have popped up online. For your ease of reference we thought we’d pull together links to all the submissions we’ve seen in one place. If anyone has come across other submissions then please let us know and we’ll add them to the post.

END_OF_DOCUMENT_TOKEN_TO_BE_REPLACED 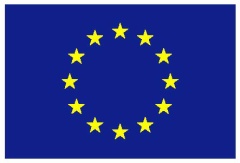 IPcopy was very interested to read AmeriKat’s excellent post on IPKat about the joint letter that Apple, Google and Samung (amongst others) have sent to the Member States of the European Union, Members of the European Parliament, the European Commission and the Preparatory Committee of the Unified Patent Court. The letter which was sent to the New York Times (see NY Times article here) notes that “an effective and balanced unitary patent system has the potential to decrease the costs of obtaining patent protection, increase European competitiveness, and support the long-term growth of innovative industries in Europe and abroad”.

The letter then goes on however to raise two major concerns with the Rules of Procedure (15th Draft here), namely bifurcation and injunctions.

END_OF_DOCUMENT_TOKEN_TO_BE_REPLACED

Apple trains its Reality Distortion Field on the CJEU 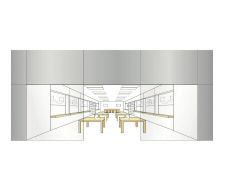 Apple’s annual iPhone announcement is today and the liberal deployment of the Reality Distortion Field is expected to be trained on Fanbois the world over. However, in other Apple news comes notice from the UK Intellectual Property Office that an Apple trade mark case is being referred to the Court of Justice of the European Union (Case C-421/13 though there are no available documents at present).

The case concerns Apple’s trade mark application in respect of the layout of its stores. Yes, you read that correctly, Apple’s store layout trade mark!

END_OF_DOCUMENT_TOKEN_TO_BE_REPLACED 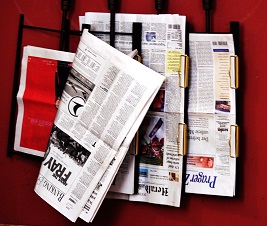 From the the iWatch to the Super Bowl, here’s a collection of trade mark related news stories that have caught our eye in the last couple of weeks.

END_OF_DOCUMENT_TOKEN_TO_BE_REPLACED 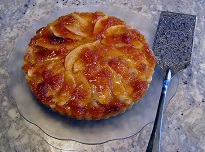 As noted in earlier posts (here and here) the statement Apple posted to their website wasn’t exactly what the judges in the Court of Appeal had in mind. The full text of the judgment following Samsung’s complaint is now available here. It is well worth a read and almost relentless in its disapproval of Apple’s actions.

The current version of the Apple website links to the intended wording. Or you could try this.

As noted in many locations, including IPcopy here, the apology that Apple was required to place on their website following the recent court decisions in the High Court and Court of Appeal relating to the registered Community Design No. 000181607-0001 left something to be desired.