They say that history repeats itself. But while it may have taken 30 odd years for your parent’s oversized denim jackets to come back in fashion it appears that the EQE/CIPA exam venue issue comes around on a far shorter timescale.

It was only three years ago, for EQE 2017, that a number of candidates were told that they had not secured their preferred venue in the UK and were instead being allocated to Munich.

Now, IPcopy is aware of at least two candidates (one pre-EQE and one main EQE) who have just discovered, only a few weeks before the exams, that they have not been allocated seating in Walsall but in Munich. END_OF_DOCUMENT_TOKEN_TO_BE_REPLACED

The predictive power of the Pre-EQE

It’s mid-January. Exam stress is rising. About two months from now, more than 2,000 candidates from close to 40 different countries will take part in either the EQE pre-examination or one or more of the four EQE main exams that are organised by the European Patent Office (EPO). These exams, especially the four main exams, are not easy. Only 2 in 5 candidates manage to pass all papers in their first attempt. Passing these exams is only possible with proper preparation. Following some courses is highly recommended for all papers. Thoroughly studying the (case) law and practicing a large number of old exams is unavoidable. END_OF_DOCUMENT_TOKEN_TO_BE_REPLACED

Why the EQE pre-exam was a good idea

(All statistics used in this article are derived from my new StatistEQE website at http://statisteqe.beetz.nl)

If you want to be a European Patent Attorney who can represent clients before the European Patent Office, you first have to pass an exam. The European Qualification Examination, also known as the EQE, is well-known for its low pass rate. Only one in three candidates passes the full four paper exam in one year. After three years, another third of all candidates is still struggling with at least one of the papers.

In 2009, acknowledging that the low pass rate may be problematic, the exam committee came up with a counterintuitive idea. They added another hurdle. Since 2012, before you are allowed to appear at the real exam, you first have to pass a pre-exam. 10 legal questions, 10 claim analysis questions, 4 statements per question that have to be judged TRUE or FALSE, and a complex marking scheme to score all answers on a scale of 0-100. Only if you score 70 marks or more (50 before 2014), you are allowed to sit the main exam next year.

Since before the first pre-exam, there has been a lot of criticism on both the concept and the execution of this added challenge. Law is not maths. It is not easy to come up with 80 legal question that can only be answered with TRUE or FALSE and are challenging as well as unambiguous. In 2014, 2015 and 2016, successful appeals at the EPO Boards of Appeal led to 56 candidates being allowed into the main exam although having scored less than 70 marks for their pre-exams. This year, two statements were considered so ambiguous that every answer was accepted to be correct. IP Kat wrote an article about it. In the comments, candidates, former candidates and other anonymous contributors complained about the exam and the exam committee and questioned the usefulness and fairness of the pre-exam. On the DeltaPatents blog, similar comments are to be found in even greater numbers.

But most of these negative comments and opinions are based on emotions, often of candidates who just went through the stress and hard labour that are commonly associated with sitting the exam. For a better informed opinion about the pre-exam, it may be useful to have a look at the numbers. For the pre-exam to be a useful tool, two important statements have to be judged TRUE. END_OF_DOCUMENT_TOKEN_TO_BE_REPLACED 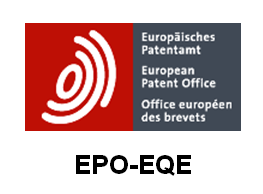 An email is now doing the rounds from the EQE which states that: “We are glad to inform you that this [an increase in seating capacity at Walsall] will now allow all interested candidates to sit the EQE at Walsall Football Club, Banks’s Stadium, Bescot Crescent, Walsall, West Midlands, WS1 4SA, U.K”. The text of this email is reproduced at the bottom of this post.

“I’m so glad I’m going to Walsall” was probably not a phrase many would have thought they’d be saying at the start of the year, but 2016 has been a strange year…. END_OF_DOCUMENT_TOKEN_TO_BE_REPLACED

EQE 2017: Letter from the Informals

A brief update following our post earlier in the week about the EQE 2017 exam venue. We note that the CIPA Informals’ Committee has submitted an Open Letter to CIPA’s Chief Executive, CIPA Council and the EQE Examination Secretariat. A copy of the letter can be found here.

[Update 11/5/15 – it appears from the comments on DeltaPatents results blog post that non-appealing candidates have also benefitted from the decision.]

IPcopy has just learned that the EQE Examination Board has sent out what appears to be a response letter to candidates who appealed their pre-exam results based on questions 15.2 and/or 17.3, rectifying their ‘fail’ decisions to passes. The letter means that the Examination Board has effectively accepted both true and false as correct for these questions where the main point of contention was whether the prior art disclosed that cardboard comprises wood fibres. However, this is not explicitly stated in the letter and, at time of writing, the marking scheme has not been updated. END_OF_DOCUMENT_TOKEN_TO_BE_REPLACED

The results for the EQE pre-exam were released yesterday (Friday 20 March) and IPcopy would like to extend its congratulations to those of you that passed. We would also like to sound a slight note of caution. The Delta Patents blog post for the 2015 results has highlighted that the marks that were available online may have been adjusted down by 1 or 2 marks at some point during the day yesterday. If you were a borderline pass it could be worth rechecking your results. END_OF_DOCUMENT_TOKEN_TO_BE_REPLACED

Most readers in the patent profession will be aware that changes are afoot in the way trainee patent attorneys will qualify as Chartered Patent Attorneys (CPAs). The changes are spearheaded by IPReg, the regulatory body for patent and trade mark attorneys, and IPReg has released a consultation document, inviting comments.

The proposed changes affect both the foundation and advanced level exams and are, in short, the abolishment of all the foundation exams, to be replaced with approved taught university courses (currently there is an option between these two routes: as a rough estimate, 20-25% of candidates typically take the foundations route), and the abolishment of Advanced papers P3 (drafting) and P4 (amendment) to be replaced with the equivalent European Qualifying Examination (EQE) papers, or the EQE as a whole (currently, candidates may either sit P3 and P4, or may gain exemption by passing the equivalent EQE papers: many candidates will sit P3 and P4 at least once, even if they ultimately use the exemption for qualification).

As someone who is currently training in this profession, and who, last October, sat three of the exams that would be jettisoned by these changes (two foundation papers and P3), I have some fairly strong feelings on IPReg’s suggestions. They are not positive. I confess that I morph into something of a grumpy old man when the subject comes up in conversation, so this post might get a bit ranty. It’s probably best enjoyed with some kind of rousing, team-building, battle-inducing tune in the background*.