Home » Patents » Why the EQE pre-exam was a good idea

Why the EQE pre-exam was a good idea 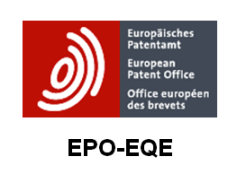 (All statistics used in this article are derived from my new StatistEQE website at http://statisteqe.beetz.nl)

If you want to be a European Patent Attorney who can represent clients before the European Patent Office, you first have to pass an exam. The European Qualification Examination, also known as the EQE, is well-known for its low pass rate. Only one in three candidates passes the full four paper exam in one year. After three years, another third of all candidates is still struggling with at least one of the papers.

In 2009, acknowledging that the low pass rate may be problematic, the exam committee came up with a counterintuitive idea. They added another hurdle. Since 2012, before you are allowed to appear at the real exam, you first have to pass a pre-exam. 10 legal questions, 10 claim analysis questions, 4 statements per question that have to be judged TRUE or FALSE, and a complex marking scheme to score all answers on a scale of 0-100. Only if you score 70 marks or more (50 before 2014), you are allowed to sit the main exam next year.

Since before the first pre-exam, there has been a lot of criticism on both the concept and the execution of this added challenge. Law is not maths. It is not easy to come up with 80 legal question that can only be answered with TRUE or FALSE and are challenging as well as unambiguous. In 2014, 2015 and 2016, successful appeals at the EPO Boards of Appeal led to 56 candidates being allowed into the main exam although having scored less than 70 marks for their pre-exams. This year, two statements were considered so ambiguous that every answer was accepted to be correct. IP Kat wrote an article about it. In the comments, candidates, former candidates and other anonymous contributors complained about the exam and the exam committee and questioned the usefulness and fairness of the pre-exam. On the DeltaPatents blog, similar comments are to be found in even greater numbers.

But most of these negative comments and opinions are based on emotions, often of candidates who just went through the stress and hard labour that are commonly associated with sitting the exam. For a better informed opinion about the pre-exam, it may be useful to have a look at the numbers. For the pre-exam to be a useful tool, two important statements have to be judged TRUE.

1. The pre-exam leads to a higher pass rate for the main exam.

An important goal of the pre-exam was to filter out the unprepared candidates who have no chance of passing the main exam, but try anyhow. A waste of time for the candidate as well as for the marker who has to read and score his answers. Looking at the pass rates for all candidates who sat all four main exam papers in the same year, there is a clear difference between the years before and the years after the introduction of the pre-exam.

In the years 2010-2012, the overall pass rate was 33.4%. Between 2013 and 2017, the pass rate went up to 43.8%. Because of the high number of candidates (4652 in total), this difference is statistically significant (p < .01). Apparently, candidates who first sat and passed the pre-exam score better on the main exam than candidates who didn’t. Probably, this effect is caused by a combination of a filtering effect (bad candidates don’t sit the exam) and a preparation effect (candidates who already studied for the pre-exam know more). Alternative explanations for the increased pass rate (easier exams, smarter candidates) are possible, but less likely.

Conclusion: this statement is TRUE.

2. The pre-exam can differentiate strong candidates from weaker ones.

A properly working pre-exam filters out only the candidates who are not (yet) fit to sit the main exam. An extremely difficult pre-exam would, of course, lead to an increase of the main exam pass rate, but would also block access to the exam for candidates who might have enough talent and experience to pass the main exam. That cannot be the intention of the exam committee. And it is also not what happened. With an average pass rate of 80%, the pre-exam turns out to be easier than the least difficult paper of the main exam (Paper B, 69% including compensable fails). Even the pre-exam with the lowest pass rate (2018, 70.1%) has a higher pass rate than the average Paper B. So, although the pre-exam may not always be easy, it is clearly not the highest hurdle that has to be cleared before reaching the finish line.

Another interesting question, is whether candidates with high pre-exam scores are also more successful in the main exam. A ‘fair’ exam is passed by candidates who are expected to pass the main exam next year and failed by candidates who are not that far yet. If the predictive value of the pre-exam is high, it serves its intended purpose of filtering out the not sufficiently prepared candidates. As can be seen in the graph below, the predictive value of the pre-exam is surprisingly high. A candidate who scores more than 90 marks has a probability (68.4%) of passing the main exam without having to resit a single paper that is more than 4 times the probability (15.5%) of those who just manage to pass the pre-exam.

Conclusion: also this statement is TRUE.

Side note: also the raising of the bar to 70 marks (50 marks before 2014) seems to be reasonable. Scoring less than 70 for the pre-exam is a clear indication that you need more preparation, more experience or both.

Based on the data presented here, it seems safe to conclude that the pre-exam serves its purpose. All candidates with a reasonable chance of passing the main exam are allowed into the main exam. The pre-exam does not make the route to the desired title of Professional Representative any longer than it was before. In fact, the additional preparation needed for the pre-exam may even help some candidates to pass the main exam earlier.

If you’re interested in more EQE statistics (or in retrieving your own exam scores), check out my new StatistEQE website: http://statisteqe.beetz.nl.

By ipcopy in Patents on May 1, 2018.
← UPC Ratification: The UK completes its ratification formalities United in Europe →