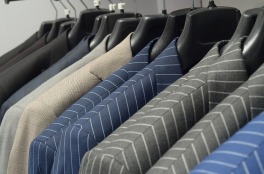 Season 6 of the US TV show Suits came to a close over the weekend. If it taught us one thing it’s that you should never use the firm Pearson Specter Litt to prosecute your patent applications.

OK, seeing as Pearson Specter Litt is a fictional law firm there’s not much chance of you engaging the services of Louis Litt as your patent attorney but the show did show a blatant disregard for the basics of the patent system which is why this post is subjecting Suits to the full IP Hit or Miss? Treatment. Is the show’s IP depiction accurate or does it fall short? (You can probably guess which way this one is going to turn out).

Episode 16, Character and Fitness, of season 6 was the finale of the current run. One of the sub-plots of the season has been the development of a digital secretary, a sort of super-Siri/Cortana device, by the law firm’s IT manager (Benjamin) in partnership with Donna, one of the executive assistants at Pearson Specter Litt. This digital secretary is called “The Donna” since it is modeled on the voice and sayings of Donna herself. It’s been a fairly painful sub-plot to be honest and I suspect was used only for a bit of comic relief.

Matters came to a head in Sunday’s episode where Donna walked into Louis Litt’s office (Louis is one of the named partners at the firm) and the following exchange took place:

Donna: Benjamin applied for a patent and it turns out our technology overlaps with someone else’s

Louis: How much overlap?

Louis: That’s over the threshold. Unless Benjamin can get you below 30..

Donna: He can’t but Stu says we can negotiate with whoever holds the patent, get them to give us an exclusion and we’ll still be able to move forward with the Donna

Benjamin has applied for a patent to cover his device

So far so good. Benjamin is trying to protect his creation here and based on the abilities of The Donna that have been shown in the show it seems he’s invented some interesting tech. We just hope he filed his application before he started disclosing details of The Donna to all and sundry (previous episodes have shown Donna and Benjamin meeting with potential investors where they may possibly have disclosed details about the device). It is important to appreciate that you need to file an application before you start disclosing it. Although disclosures could (and should) take place under confidentiality arrangements it is noted that such arrangements will not help you get a patent for an invention if a breach of the confidentiality provisions takes place before you file1.

When a patent application is filed the Patent Office will at some point perform a search for disclosures (e..g other patent documents, conference papers, news articles etc) that disclose a product/method that is similar to the invention that is the subject of the patent in question. When the patent gets examined then these disclosures (the prior art) are used to determine the scope of protection that can be granted (if any). The exam process may involve arguing that the Examiner has misinterpreted the prior art and its not as relevant as he thinks and/or restricting the scope of the claims of the patent application to avoid the prior art. We’re not sure at this point what Louis might be referring to.

The next part of the discussion reveals that there’s a 32.5% overlap between The Donna and the prior system and that this overlap is over a (presumably statutory) 30% permitted overlap between inventions (I’m going to call this the “30% test”) . This part of the exchange also reveals that the discussion has taken a massive swerve into La La Land because there’s no such thing as the “30% test” and, in any case, the idea that you could determine the percentage of common features between a patent application and a piece of prior art to half of a percentage point is utterly ridiculous.

It’s also still not clear whether Donna and Louis are talking about the patentability2 of Benjamin’s invention or the potential infringement3 situation with the prior system. I have a sneaking suspicion that Donna and Louis don’t know either but then they are fictional people after all.

Louis and Donna have lost me at this point. I did wonder if they meant negotiate a licence from the other patent holder for the right to use the (Patent holder’s) invention. However, subsequent exchanges in the TV programme indicate that the characters/writers think you can get your patent application through to grant if you negotiate some sort of permission from the owner of another patent. Louis and Donna are off in their own world here.

It is noted that this isn’t the first time that Suits has tackled the patent system. Way back in episode 2 of Season 1 (Errors and Omissions) there was also a story that involved patents. In that case the invention was a prototype satellite phone and the story involved filing a patent application just before an important investor meeting was about to take place. The episode implied that a patent application could be prepared and filed almost immediately which is simply not correct. Preparing a patent application requires detailed communication between the inventor and patent attorney so that the invention can be explained. The actual drafting process is also likely to last weeks with a number of back and forth communications while the text of the patent draft is agreed. Additionally, given any choice, you wouldn’t leave the filing a patent application until the day of a meeting like that.

You may think I’ve gone a bit heavy with the analysis of a TV show that is designed simply to give a bit of entertainment in the evenings and you’d probably be right. However, while misrepresenting the way the system works may only seem like a case of innocent artistic licence, for many people (and Suits has an audience in the millions), TV shows like this may represent the only contact they’ve had with the patent system.

So the next time you get Litt Up by a new client asking you to explain the 30% threshold for patent cases to you, just remember they’re only repeating what they’ve heard on TV.

Now if you’ll excuse me I’ve got to file a patent for a client before their midday investor meeting and I want to get it granted, negotiate the exclusion and dip down to only a 28% overlap in time to pop out for some lunch before everyone arrives.

1But what of grace periods? I hear you ask. Yes, some territories have grace periods during which an inventor can disclose their idea and still be able to file for a patent. However, grace periods do not exist everywhere (there is no grace period in the UK or European patent systems) and should only be used as a disaster recovery mechanism (i.e. when an accidental disclosure has taken place and you’re trying to recover something from the situation) and not as a standard operating procedure.

2Assuming they are talking about patentability then they need to brush up on their patent law again. When a patent is examined it is tested, among other things, against two main criteria – is it novel and is it inventive? Novelty relates to an assessment against a single prior art document. If a patent claim comprises three features (A, B and C) then that claim is regarded as novel if the patent examiner can’t find a single prior art document that contains all three features. If a document only has features A and B then the patent claim is novel. The Examiner then has to assess whether the additional feature C that appears in the patent claim makes the claim inventive or if it would have been obvious to add that feature to the known combination of features A and B.

3If Louis is talking about infringement then again the “30%” test idea is meaningless. Infringing a patent means that your product or method needs to fall within the scope of at least one claim of someone else’s patent. To infringe a claim of a patent requires the allegedly infringing product or method to contain all the features of the claim in question. No 30% in sight!