Too Late to Gangnam? 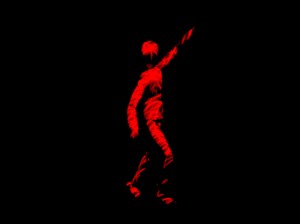 Koreans are understandably proud of the worldwide success of “Gangnam Style” by PSY, carried on the back of the viral success of the song’s video parodying the opulent consumer culture of Gangnam in Seoul.  So much so, that at the opening ceremony of AIPPI2012 (one of the most important intellectual property conferences of the year) in Gangnam, the Korean AIPPI president broke off in the middle of his opening address to launch into the Gangnam “horseriding dance” – it was quite a sight, though as neither we nor anyone else has preserved this for you on YouTube, you’ll have to take our word for it.  You could ask the Prime Minister of Korea, who was in the audience.

The problem with exploiting an overnight success is… that it’s an overnight success.  While you are whisked from country to country and TV station to TV station to ride an imaginary horse, other people with more time on their hands may be staking a claim to intellectual property that you’d want.  As noted in this blog post from Samantha McHugh at King & Wood Mallesons, PSY is having great difficulty in protecting “Gangnam Style” with a trade mark registration in Korea because of the eight other parties who have got their applications in to the Korean Intellectual Property Office too – in some cases, slightly ahead of PSY.

Even without this competition, there is an inherent difficulty in protecting this mark.  Gangnam is a geographical area, which traders from that area may legitimately want to use.  The more significant the area, the more serious this objection can be.  Gangnam has always been well known to Koreans – now it is becoming much better known to the rest of the world, thanks to PSY.  Paradoxically, this may have made it harder for him to protect “Gangnam Style” as a trade mark.

In case you’ve missed the “Gangnam” craze so far

Like Loading...
By ipcopy in Law, Trade Marks on October 22, 2012.
← A light touch European Union Unitary Patent is a Few Centimetres Closer →