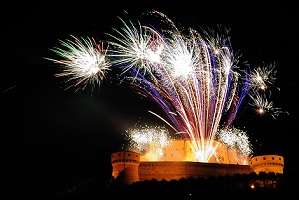 In England the 5th November commemorates the anniversary of the foiling of the infamous Gunpowder Plot of 1605 when a shady group of conspirators came ever so close to assassinating King James I of England along with much of Parliament. As the man caught red handed in the act of stacking the gunpowder under the House of Lords in Westminster, Guy Fawkes’ effigy is burned every year on bonfires across the country for various reasons, many of which are now forgotten to firework toting revellers. Perhaps one of the lesser appreciated reasons to be thankful for the failure of the plot is that less than twenty years later that same Parliament went on to draft the Statute of Monopolies which formed the basis of patent laws for the UK, the European Patent Convention, as well as for many countries with historical links to Britain’s Imperial past including the USA, Australia, Canada, India, South Africa, New Zealand and much of the Commonwealth.

The Statute of Monopolies was enacted in 1624 by England’s Parliament in order to curtail the excesses and abuses of the King in awarding patents to his cronies for common commodities such as salt and starch. It established the principle that patents should only be awarded for novel inventions, one of the fundamental tenets of all modern patent laws around the world.

This leaves IPcopy to speculate that, had the Gunpowder Plot succeeded , many of the future legislators of modern patent law might have perished along with their monarch? Perhaps good cause to wave an angry sparkler at the Guy on the bonfire, a veritable IP villain if ever there was one!