Home » General Interest » The Unitary Patent and the Fee-saving Myth: Time to put that misleading £20,000 figure back in its box, please.

The Unitary Patent and the Fee-saving Myth: Time to put that misleading £20,000 figure back in its box, please.

Over at IPCopy, we’re annoyed. Sighs are echoing around the open plan. Hands are being thrown up into the air in despair. Ipcopymark is particularly riled, and had to be placated with a helping of pork pie.

What could have ruffled our collective feathers, I hear you ask? Well, the UKIPO website has a new webpage with details of the UK Intellectual Property Bill. This in itself is not the source of our aggravation (indeed, there is some good juicy stuff to be found there, including a link to a marked-up copy of the proposed changes to legislation, and details of the proposed secondary regulation, which the IPCopy team has been surveying with interest1), but this informative new webpage includes something that really got on our wick.

Take a look, and you’ll note a few opening paragraphs of propaganda that set out the benefits of the bill in nicely-digestible bullet-point form. The first two benefits relate to the Unitary Patent, and boldly announce that the Bill will:

Well these numbers are simply bobbins, and we are far from the first people to say it.

Managing IP has taken a close look at the £200 million figure, and we’ll satisfy ourselves by referring you to their article here on that subject.

As for the expected UK-wide savings of £40 million in language translations, based on a supposed current cost of £20,000 per patent, this figure is so misleading it hurts. This fee-saving myth has continuously been perpetuated because throwing a nice big number like that around paints a sparkling picture of the new Unitary Patent system. But it does so using brush strokes that are all too broad. 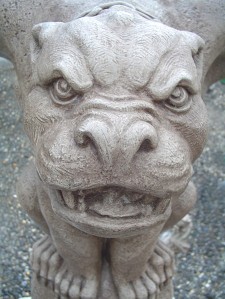 IPCopy is annoyed, because continuing to quote this misleading figure is, quite frankly, damaging, and the UKIPO should know better.

We’re not saying that there aren’t savings to be made under the new system. Clearly there are in some cases. But there’s no need to misrepresent the current system to drive home benefits of the new one3.

And what message does this inaccurate figure send to potential patent applicants? Do we really want to convey to those who are unfamiliar with the system that obtaining patent protection in Europe will currently cost you £20,000 in translation fees alone? Because that simply isn’t true, and in a world where the Unitary Patent doesn’t exist yet, and most likely won’t be in place for a few years, throwing a great big number like that around paints a tarnished picture of the current system that will only serve to put people off.

What is more, there are still obstacles in the way of the Unitary Patent – amendment of Brussels I, the Spanish opposition, and ratification to name but a few – and it is possible that the Unitary Patent will fall at the last hurdle (or the penultimate one, or even the antepenultimate one…). What happens if it never makes it, and the fee-saving myth has propagated irreversibly?

If you are a current or potential patent applicant, please look beyond that number, and if you have concerns, ask a patent attorney for an explanation of the actual costs under the current system;

If you are publishing information about the Unitary Patent, official, unofficial, in the press, on a blog, please, please put that misleading number back in its box, and paint a more accurate picture. You could use a foot note or something4.

1The original intention of this post was to give you some highlights of these changes, but someone got distracted. Watch this space for some more analysis of the Bill.

2In fact, a Unitary Patent will hold no cost saving over this example. It will still be necessary to translate the claims of a unitary patent into French and German, so these fees of a few hundred pounds will still be incurred.

3Or perhaps I should say that the very need to do so is revealing as to the extent of those benefits.