Home » Patents » When is a backlog not a backlog? Joint UK IPO/USPTO research paper published

When is a backlog not a backlog? Joint UK IPO/USPTO research paper published 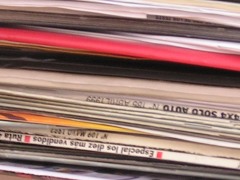 This is not a pile of paperwork according to the IPO, it’s an “inventory”

The UK IPO and USPTO last week published a working draft report on their joint research effort into the thorny issue of patent backlogs.  The UK IPO’s research group ERE has a post about it on their IPO Facto blog.

Before you stifle your yawn, it’s worth noting that the report contains a few unexpected additions to the debate.   The first is re-naming “backlogs” as inventories or stocks of applications – they sound better already!

The report classifies these stocks into different types according to where they are in the prosecution process, looks at pendency and delay factors, and comes up with some interesting conclusions as to the practical realities and causes of backlogs inventories.

One is that “examination pendency is more responsive to increases in examiner capacity than initially thought”, which may suggest a fairly simple silver bullet to deal with the whole issue.

Another is that “some traditionally cited sources of the “backlog” may not explain the growth in patent inventories over the 2000s” – for example, in the US at least, new (non-RCE) applications have not actually grown significantly over the last 16 years (p59).

The report also notes that, perhaps counter-intuitively, recent increases in the allowance rate in the US may actually be down to decreases in the number of abandonments caused by the applicant getting fed up with waiting around for grant (p85).  On the contrary a recent paper appeared to some commentators to indicate that allowance rates were actually being raised by lowering examination standards at the USPTO.  Insert here your own pithy comment on examination standards/pendency at the USPTO.

A quick editorial on the report itself; though it’s of course a little cryptic in places and one could pick various holes in the assumptions built into the methodology, in general this reader is pleased to see a generally robust and considered piece of research from the IPO (and USPTO).  Long may that trend continue.

Adam Brocklehurst is a guest contributor and patent attorney with  K2 IP (he can also be found on Twitter @BrocklehurstIP).