We’ve covered the patent case review from the above seminar in some detail but in among the main presentations were a few other points (relating to the unitary patent in Germany and the need to check the UK Patents Register when finding the current granted claims) that stood out and are probably not long enough in their own right for a full post.

As a final point in a discussion about claim construction the need to check the UK register thoroughly was highlighted. Although patents will generally be republished if amended after grant this may not always be the case.

In EP2093650 some of the claims of the patent were held invalid by virtue of a court order. However, the patent itself was left unamended and instead a note was placed on the UK Ipsum register under the Case Notes tab (see the entry dated 12 September 2014 below). 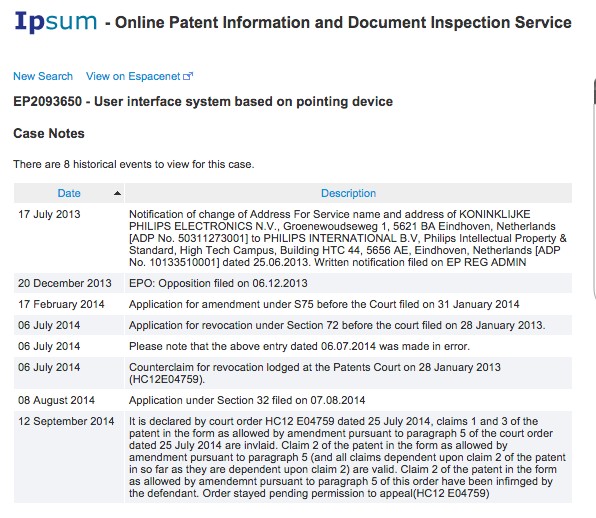 This illustrates the need to fully check the UK register when dealing with the current claims of any granted UK or EP(UK) patent.