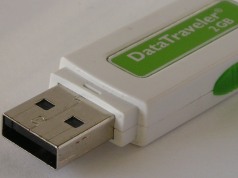 In very general terms, a case study is an account of an activity, event or problem that contains a real or hypothetical situation and includes the complexities one would encounter in the workplace.

This particular case study involves an innovative company headquartered in Europe but with operations in a dozen countries around the world. It employs approximately 2,600 people worldwide. It is a market leader in its particular sector.

The Legal & IP function of this company is relatively small in size with a total headcount of seven people, some located at corporate headquarters in Europe and the others located in the USA. The function is however supported by a number of external Legal & IP Firms.

This case study focuses on the activities of this company in the area of trade secret asset management.

During my first meeting with the company I asked specifically why they wished to improve their trade secret asset management process and why now. A number of different issues surfaced during that discussion.

The GC of the company was aware of the developments with the Defend Trade Secrets Act in the USA. A few key employees had recently left the company and joined competitors and this had caused some disquiet. The company was embracing more collaborative or open forms of innovation, and this was leading to some concerns about the leakage of IP out of the organisation. The IP strategy of the company had recently been reviewed by the Board, and as a result the GC was asked to update the IP strategy and specifically asked to ensure that trade secrets and trade secret management were properly considered.

So it was obvious that there were a number of different triggers.

Following a workshop to assess their current state, it was quickly clear to me that …

The company took a number of steps initially:

An exercise was then conducted to attempt to gather information on the various trade secrets existing within the organisation. A phased approach was adopted:

A number of workshops were held between the Legal function and other corporate functions to raise awareness of trade secrets within these other functions, and to discuss and agree their role and responsibilities when it comes to trade secret asset management.

For the first time, a report on the company’s trade secrets was presented by the GC to the Board. I believe that this was also presented to their Advisory Panel.

The company in this particular case study only started on their trade secret asset management journey back in early 2016, and they recognise that they still have a long way to travel.

Their stated goal is to

The company now has a well defined trade secret asset management process in active use, underpinned with a robust fit for purpose system.

The company has a much more structured approach in place with their process at the very top level consisting of the following steps – context; identification; analysis; review; protection; and monitoring.

Although very early days yet, the company believes that it has already greatly improved its trade secret asset management.

When I spoke to the company recently, they highlighted two issues in particular. Firstly, their new approach has improved Board satisfaction and secondly it has led to more constructive discussions about trade secrets between the Legal & IP function and others parts of the organisation.

An update on this particular case study will be provided when the company has made further progress. My intention is to publish a follow up paper sometime in 2017 showcasing what the company has achieved at that point in time but also highlighting if any things did not go to plan and why.

Trade secret asset management is an area I believe has been somewhat neglected in the past by many companies. However, it is an area which cannot be ignored going forward.

Case studies provide a means for highlighting and extracting practical principles and methods for shaping and accelerating progress in solving real world problems.

I therefore trust that this case study is of interest and of value to anyone involved in trade secret asset management.

Donal is an experienced IP consultant specialising in the areas of innovation and intellectual property management. Donal is founder of Chawton Innovation Services and now a consultant at K2 IP, the network of patent and trade mark attorneys and IP consultants developed by Keltie LLP. Donal O’Connell is the Managing Director of Chawton Innovation Services Ltd. The company’s Hazel Trade Secret Management tool is the one featured in this case study. Information on the Hazel tool is available on request.