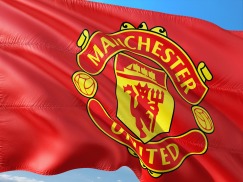 To many people the Premier League has become a money-hungry juggernaut.  Kick-off times are regularly shifted to suit the demands of television broadcasters from around the world, sometimes at very short notice, with seemingly little or no consideration shown towards the fans planning on actually attending the games live.  Many of the top clubs continue to raise prices at alarming rates despite the seemingly ever increasing sums of money that they receive for broadcasting rights and other commercial deals (stadium naming rights, anyone?).

In a move that is likely to reinforce the notion that the top clubs are money making machines with no sense of humour, Manchester United recently ordered Alex and Sian Pratchett, known as the Panini Cheapskates, to drop any references to Manchester United from the tongue-in-cheek stickers that they produce on the basis that they infringed the club’s IP rights.

The answer to question one is complicated.  Manchester United owns trade mark registrations for MANCHESTER UNITED that cover stickers.  So on the face of it, Panini Cheapskates’ use of the identical mark on identical goods did constitute infringement.  However, Panini Cheapskates could have argued that its use of MANCHESTER UNITED did not harm any of the functions of the trade mark.  It could have argued that consumers would not think that the stickers were in any way endorsed by, or connected/associated with Manchester United particularly in view of their rudimentary artistic quality.  Had they run this argument, Manchester United may well have countered by arguing that, even if consumers would know that the stickers are not associated with the club, Panini Cheapskates’ use of the Manchester United mark was taking unfair advantage of its reputation and/or likely to dilute its distinctive character.

Rather than get embroiled in a legal argument, Panini Cheapskates initially pulled the Manchester United line from sale.  However, having had a little more time to think about the situation (and perhaps the benefit of some legal advice) they renamed the Manchester United edition as the MAN RED edition.  The players were also given amusing new names.  Personal highlights include Larry Breville (Gary Neville) and Daffyd Peckham (I expect you can guess who that one is).

All in all, I think that Panini Cheapskates’ response was a very smart one.  The comedy effect of the renamed players aligns perfectly with the jokey nature of the caricatures themselves.  The first batch of the new MAN RED range sold out very quickly.  In a nice touch the couple agreed to donate the profits from this initial batch to Cancer Research UK.  Such has been the success of the new range that Panini Cheapskates are considering rolling-out the strategy across their full range of stickers.  The dispute has also given the couple tremendous publicity and exposure.

As for Manchester United, it is undoubtedly tricky to balance the need to protect the club’s valuable IP (and the sponsors who pay huge sums of money to licence/sponsor it) with the risk of damaging the club’s image by coming across as heavy-handed bullies (particularly today when cease and desist letters can go viral on social media in a matter of hours).  Perhaps a more conciliatory initial approach would have achieved the desired effect whilst avoiding any negative publicity.  However, in a fitting way to end the “dispute” Manchester United agreed to match the £550 that the first batch of MAN RED reprints raised for Cancer Research, so fair play to them for that.

By ipcopy in Trade Marks on April 17, 2019.
← Brexit and Patents Easter Innovations →