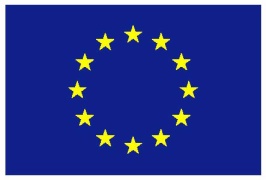 Today we have a quick round up of some unitary patent related news items that have cropped up in the last week or so. Read on for news on the Danish referendum, the opening of the training centre for UPC Judges, an update on the ratification process in Germany and a slip in the official start date for the whole unitary patent package.

According to a Gallup survey, which is discussed on EurActiv.com, almost half of Danish voters are expected to vote for the Unified Patent Court. The “no” vote is hovering in the low 20% area but apparently almost a third of voters are undecided. Denmark goes to the polls on 25 May this year.

The Preparatory Committee website carries a short report on the opening of the dedicated Training Centre for UPC Judges in Budapest on 13 March. As noted in the report:

In his keynote speech, Paul van Beukering, Chairman of the UPC Preparatory Committee (Ministry of Economic Affairs, Agriculture and Innovation of the Netherlands), said: “If we want the Unified Patent Court to be amongst the best patent courts in the world, we need the best judges we can get. They are the most important asset of the court. To achieve that, training is essential.”

In his welcome address, Benoît Battistelli, President of the EPO said “The opening of the training centre for judges is another step forward in putting in place a unified patent litigation system for the benefit of inventors and industry in Europe.”

The Preparatory Committee held its fifth meeting recently and finally acknowledged what everyone else has been saying for some time – the target start date for the unitary patent system is not going to be early 2015. The official deadline has been pushed back to the end of 2015 “at the earliest”. IPcopy’s Timeline of Events post remains unchanged!

We haven’t heard a huge amount about progress in Germany*.  The website of the Ministry of Justice  however carries a report of a Parliamentary evening of the Federal Association of German Patent Attorneys in which Heiko Mas, the Federal Minister of Justice and Consumer Protection, noted that implementation work for the unitary patent package is already well advanced and that he would be submitting a draft law after the summer regarding ratification by Germany. He also announced four local divisions in Düsseldorf, Hamburg, Mannheim and Munich.

*13 countries need to ratify the UPC Agreement for the system to get up and running. Germany of course is one of the three countries, along with the UK and France, that must ratify the agreement before the system can go live

By ipcopymark in Patents on March 24, 2014.
← Pharma Patents UK Case Law in 2013 IPReg Consultation on simplifying and modernising the examination system for qualifying as a patent attorney →