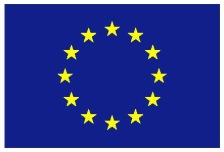 The first update in a while popped into IPcopy’s inbox today from the UK’S UPC Taskforce. This looks like it may be the last such official update for a few weeks as the UK will be “going dark” in the period before the EU Referendum. (Hopefully the first communication after the restart won’t begin “EU Referendum Result – Oops. The rest of you can take it from here, right?”!)

Anyway, back to the main news:

A mock trial is being organised for next Monday (6 June 2016) by the French UJUB (Union pour la Juridiction Unifiée du Brevet – Union for the Unified Patent Court). Those of you with some spare time on your hands will be able to watch the live broadcast of the one day conference at www.opinews.com/ujub.

The Preparatory Committee met for the 16th time last week in Hamburg and toured the local division which should be operational in the autumn. Pensions, payroll and health care were topics of discussion at the meeting.

Adaptations to the Rules of the Administrative, Advisory and Budget Committees during the provisional application period were also discussed along with corresponding changes for the financial management of the court during this period.

Next meeting will be early October and provisional application should begin shortly afterwards (November according to Kevin Mooney at the recent CIPA Symposium).

The UK’s court premises at Aldgate Tower are now complete and apparently will be available to host meetings in early July.

Interested parties can still register onto the case management system at http://secure.unified-patent-court.org/login.

The EPO has also put out a plug-in that allows users to simulate the drafting, signing and sending of a request for unitary effect.

By ipcopymark in Patents on June 1, 2016.
← The Special One – Trade Marks and Image Rights EPO News: Update on Early Certainty (EC) →