This post provides an overview of the recent CIPA webinar: Getting Practical with European Patents & the Unified Patent Court – Episode 1 presented by Pippa Allen. This webinar was the first in a series about the unitary patent system. The next seminar is on Getting practical with European patents and the UPC EP2: managing the knowns and the unknowns of the “opt-out”. Future seminars will cover aspects of the unitary patent system referenced here in more detail, e.g. validity and infringement opinions and also a look at the Case Management System (CMS) that will be used to manage actions in front of the new Unified Patent Court.

It is noted that Getting Practical Episode 1 webinar was an extremely content rich presentation and IPcopy will not cover all aspects discussed. Interested readers are directed to the links at the bottom of the post for further information.

The webinar aimed to give an overview of the unitary patent system and then look at the practical aspects that representatives and clients will face as the system comes into effect. In particular the webinar touched on client care issues, administrative and liability issues. All of these issues require immediate consideration as, even though the unitary patent system is not planned to be in operation until late 2017 (though probably more likely early 2018 in light of the UK general election), actions taken now (or ignored now) will have an impact on both clients and representatives as the entry into force date gets closer.

Readers familiar with the unitary patent system, the likely timescale for implementation and concepts such as the opt-out and the sunrise period can jump the next few paragraphs by clicking here and heading straight to the practical aspects sections.

More details surrounding the unitary patent system can be found in IPcopy’s earlier post here. However, it is noted that in essence the system hopes to create a European patent registration and litigation system, via the unitary patent and the Unified Patent Court.

As well as obtaining unitary patents it will still be possible to validate a granted European patent in a number of territories as happens at present (referred to here as “classical European patents”).

The Unified Patent Court (UPC) will be a single court within the member states that have ratified the UPC Agreement. There will be a Court of First Instance, an Appeal Court and a Registry. The Court will have competence over traditional EP patents, unitary patents and supplementary protection certificates (SPCs) issued for products covered by such patents and patent applications. The new Unified Patent Court will have sole competence to hear actions relating to unitary patents. Actions relating to unitary patents cannot be brought in front of national courts. Decisions of the court will have effect in all the states that have ratified the agreement.

The transitional period and the opt-out

Only the proprietor of a European patent can register an opt-out. Where there are joint proprietors all of them need to consent to the opt-out.

Once an opt-out is registered all the validations for a particular EP patent are opted-out.

Opt-outs automatically extend to SPCs that are issued in respect of products that are covered by the opted-out classical European patent.

The new court has a number of pros and cons associated with it. On the one hand it will enable a patent owner to obtain a single decision across all the countries within the competence of the UPC. On the other hand it will open up the patent owner’s patents to central attack. Both classical European patents that have not been opted out and unitary patents will be susceptible to central attack throughout the life of the patent.

The official timescale for the unitary patent system to go live is 1 December 2017. This date is dependent on factors such as the ratification of the system by the UK and by Germany and by the potential impact of the General Election in the UK and it is possible (probable in IPcopy’s view) that the start date may be delayed by a few months until early 2018.

From the above (brief) overview of the unitary patent system it will be apparent to readers that there are likely to be a number of pitfalls that could place clients at a disadvantage.

Patents applications reaching grant – for applications that proceed to grant, care should be taken when making a request for unitary effect for the granted patent. The deadline for making such a request is within one month of grant. If a request is incorrectly made there is potential for a case to be lost if the request is not corrected before the national validation deadlines pass.

Already granted “classical” European patents – such patents will, by default, fall within the jurisdiction of the UPC at the point the unitary patent system enters into force. If the opt-out of such patents is overlooked this could cause potential issues to both the owner and the representative. This is because, if a third party starts an action in the UPC, then such patents will become seized by the UPC and it will not be possible to opt them out.

SPCs – expired classical European patents can be opted-out. Where the SPC holder is not the same as the patent proprietor then both parties need to lodge the opt-out application for it to be effective.

Making opt-outs – as well as the possibility of overlooking an opt-out, there are other issues to consider. Consent for an opt-out needs to come from the proprietor (or all the proprietors) of a patent. Some due diligence may therefore be required to check the correct owners of a patent. Requests for opt-outs (and withdrawals of opt-out requests) need to be made through the UPC’s Case Management System (CMS). This is an all electronic system and is distinct from the EP register. If a procedural error is made in requesting an opt-out then the patent in question will not be opted out until the request is corrected. If a third party starts an action in the interim then the opt-out request, once corrected, will be ineffective.

Opinion based work – freedom to operate opinions (FTO) and infringement and validity (I&V) work will need to beware that two different jurisdictions could apply to the same territory (national court and UPC) and that the jurisdiction could change over time.

From May 2017 – notifying clients and changing internal processes

Representatives should now be considering notifying clients of the above issues. In particular, representatives need to consider sending communications to clients covering the options and issues impacting their cases since a generic mailshot is likely to be overlooked.

For pending applications that are close to grant the client needs to be informed of the possibility of delaying grant in order to take advantage of requesting a unitary patent. Standard wording relating to the delay of grant should be added to outgoing client communications (this is of particular concern for cases that are already reaching the rule 71(3) stage). Client instructions will be needed to slow down the prosecution of a case and so the outgoing client communications should be clear what the default action will be in the absence of such instructions.

Representatives will need to determine which classical European patents and which pending European patent applications will be impacted by either the above opt-out considerations or the possibility of requesting unitary effect on grant. The correct proprietor(s) of specific cases need to be determined before opt-out instructions can be made and actioned.

FTO/I&V opinions need to be suitably caveated to highlight the dual jurisdiction issue and to be clear on what basis the opinion is being provided.

2) If the patent application was filed between 1 March 2007 and 1 April 2009, were all designated states requested?

3) Did all the unitary patent states remain designated at the point of grant*?

4) Is there a single claim set covering all designated states?

If the answer to all four questions is “yes” then the patent is eligible to request unitary effect. The outcome of the eligibility test needs to be determined before issuing a standard reporting letter that would otherwise offer a unitary patent as a future option and before sending dedicated UPC notification letters.

Manner of notification  – When notifying the client of the opt-out issue and the sunrise period, care will need to be taken how the communication is worded so that the representative is not left in a state of limbo with respect to the action that should be taken in the default position. Clients need to be informed that the default position as far as the unitary patent system is concerned is that classical European patents will fall within the jurisdiction of the UPC on entry into force of the system and the implications of this (e.g. central attack and revocation)

From sunrise period, entry into force and beyond

Opt-out requests filed in the sunrise period will need to be reported. Reporting letters will need to highlight the possibility and consequences of withdrawing the opt-out request and also possible future developments (e.g. Brexit).

Standard letters may be amended to highlight the opt-out process and its importance. Intention to grant letters may be updated to reflect the unitary patent request option and how it relates to the current validation process. 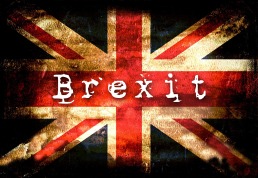 It will therefore be necessary to keep standard processes under review as and when new information relating to the terms of Brexit becomes known. In particular, it may be necessary to revisit a client’s particular default opt-out action and to consider alternative European prosecution routes (parallel parent and divisional applications, national patents etc).

Other Points to Consider

Consideration needs to be given to cases that have been long granted and which may be with a third party renewal agent. Who has responsibility to inform clients? Does it change anything if you were originally the EP representative or if you were just a local address for service during validation for an EP patent that had a representative elsewhere in Europe during prosecution?

What about former clients? Some thought may be needed when cases are being transferred between representatives.

The above article represents this IPcopywriter’s take on the first CIPA UP/UPC webinar. It goes without saying that this post does not represent legal advice and representatives and patent owners should undertake their own reviews and obtain their own advice in order to prepare themselves for the unitary patent system. This post by no means covers all the points raised in the webinar which, as noted above, covered a lot of ground.

By ipcopymark in Patents on May 2, 2017.
← EPO News: change in practice for applications lacking unity UKIPO consultation on new fees for patent applications →