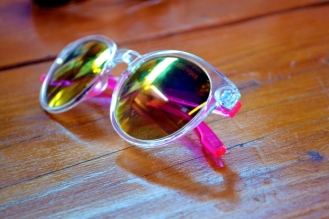 The kids are back at school, Starbucks has started selling pumpkin spice lattes and, despite the hottest September day for over 50 years predicted today, the nights are beginning to close in. Yes, summer 2016 is coming to a close.

It has been an unusual summer this year. Back in May we had a number of large sporting events to look forward to: the Rio Olympics/Paralympics, where Team GB covered/is covering itself in glory and Euro 2016, where England contrived to get knocked out by a team with a dentist-manager.

But Summer 2016 wasn’t satisfied with just some sporting events for news and the last two months have been filled with so much news it’s been hard to keep track. Sometimes it’s felt like the News Gods have just said: “Sod it, I can’t wait for this news to happen slowly anymore. Let’s put on the Big Box Set of News and just binge watch the whole thing this summer.”

And so we’ve had: a departing UK Prime Minister; a Conservative Party leadership contest; a new Prime Minister; what felt like more Shadow Ministers than there were actually Labour MPs; Corbyn staying, staying, sitting on the floor but still staying; Farage preparing his concession speech before going on to win more friends in the EU Parliament; blue on blue action and through it all the ongoing leap into the unknown that is Brexit.

What follows, just in case you missed us over the last few weeks, is a summary of IPcopy’s posts since we took back control….

Brexit means Brexit – 25 August 2016. In which IPcopy fails to go through the whole of August without talking about Brexit. This is another one of our subtle posts where you’re not quite sure where we stand on the subject…

Managing IP for Universities and Spinouts – what I wish I’d known four years ago – 27 July 2016.

Brexit – IP Myths and Misconceptions – 12 July 2016. The first of  a couple of posts pointing out incorrect assertions about the impact on IP of Brexit.

Unified Patent Court Update – July 2016 – KBO – 6 July 2016. In which the UPC Preparatory Committee decided to keep ploughing on with the unitary patent project

The Brexit Referendum, Article 50 and IPcopy – 4 July 2016. If you look closely you may just about be able to detect hints as to the author’s position on Brexit…

IP in the UK after the Brexit Referendum – 24 June 2016. Also known as “the day we woke up and wondered if we were all dreaming” (a good dream or an ongoing night terror depending which box you’d ticked the day before).